KGO
By by Cornell Barnard
SAN FRANCISCO (KGO) -- BART is investigating an arrest made by some of its own officers. Cellphone video of the incident has gone viral. Witnesses say it was a case of excessive force.

The incident happened inside the Embarcadero BART station as police made an arrest of a possible robbery suspect.

Witnesses say the arrest of the man was over the top.

Pamela Martinez was riding BART on Friday with her mom when she shot cellphone video of BART police arresting a 22-year-old robbery suspect inside the station. Dozens of witnesses watched. Some say officers went too far.

BART officials say, it's believed the suspect was armed, but a gun was not found. Officials say the handcuffed man may have spit on the officer. Moments later, the officer punches the suspect.

"That's excessive force," Abeda said. "Everything that's coming forward about people of color being profiled and treated unfairly by police, that BART police thought it was OK to behave that way," Abeba said.

ABC7 News showed the video to San Francisco Police Commission member Joseph Marshall who has no jurisdiction over BART police.

"The young man looked like he was hit while he was on the ground and subdued and handcuffed," Marshall said. "I don't see any reason for that. That looked to be very unnecessary, very improper."

Bart said in a statement, "The suspect was uncooperative with officers and physically resisted the detention."

The man was arrested for resisting arrest and battery on a police officer. 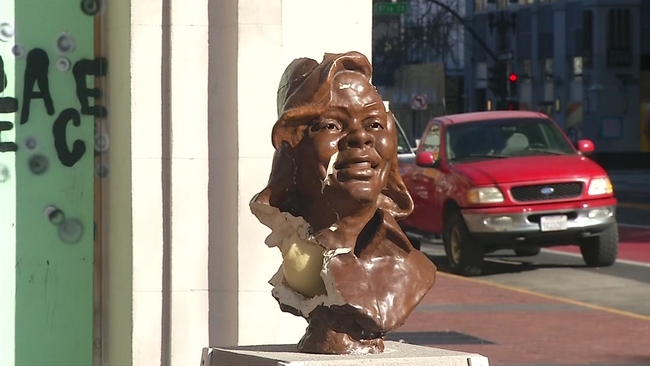