Bodies of father, son recovered from lake in Pleasanton 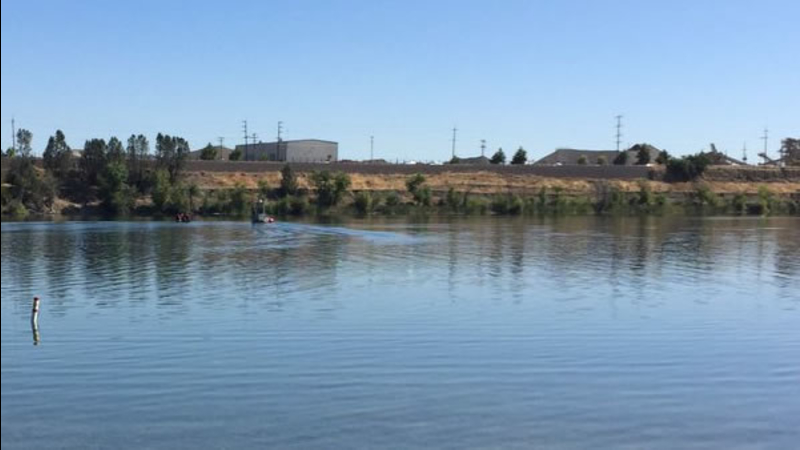 Bodies of father, son recovered from lake in Pleasanton

PLEASANTON, Calif. (KGO) -- The bodies of a father, 59, and son, 34, who drowned Sunday night were recovered at Shadow Cliffs Recreation Area in Pleasanton.

Rose said that around 7 p.m. Sunday, seven people were on a large raft when a man voluntarily went into the water.

One body has been recovered from Shadow Cliffs Recreation Area. #abc7now pic.twitter.com/Lb63qFSJkY

His father, brother and sister-in-law tried to save him. "The other three on board - the father and two family members - tried to get him on the raft and somehow they also ended up in the water. Don't know if they fell off or if they went in voluntarily. But the other three were also not strong swimmers. The father also never made it back on the raft, the other two did," Rose said.

Emergency crews immediately responded, but it was too late.

The rescue mission turned into a recovery operation.

On Monday morning, the Alameda County Dive Team suited up and then slowly made their way across the lake.

Around 10 p.m., both bodies were brought to shore.

The second body has been recovered from Shadow Cliffs Recreation Area. My heart goes out to the poor family that lost their father and son.

"They were found very close to one another and according to our investigation last night, pretty close to where they were last seen," Rose said.

While officials have not released the names of the victims, at least some of the family is local.

Rose said this tragedy could have been avoided. "They were not wearing life jackets. To our knowledge, they are not strong swimmers and did not have any life jackets on board, either."