KGO
SAN JOSE, Calif. (KGO) -- Two escaped inmates are back in custody Thursday morning after cutting through the bars at the Santa Clara County Main Jail and rappelling down using sheets.

The sheriff's department sent a message to Santa Clara County residents saying, "The police activity has concluded. There is no threat to public safety, nor are there any outstanding suspects."

Both mug shots of the escaped inmates are now covered with "captured."

Rogelio Chavez was the latest one to be arrested. It came Wednesday night after a seven-and-a-half-hour standoff at a condo near Coy Drive and Sigrid Way in South San Jose.

Tear gas was fired into the condo more than once.

So why did it take so long to go in and get him?

Deputies say Chavez was under the influence of drugs at the time of his arrest and he was in possession of crack cocaine and marijuana.

A woman, Karla Fernandez, was arrested as an accessory to Chavez.

A gun was also found in the condo.

This raid came less than 24 hours after the other escaped inmate, Laron Campbell, was arrested in Antioch at his sister's apartment.

The sheriff says more arrests could be coming if they find out who helped them once they were out of jail.

The Santa Clara County Sheriff's Department got their men. Both escaped inmates have been captured. pic.twitter.com/8AWrsqDV6L 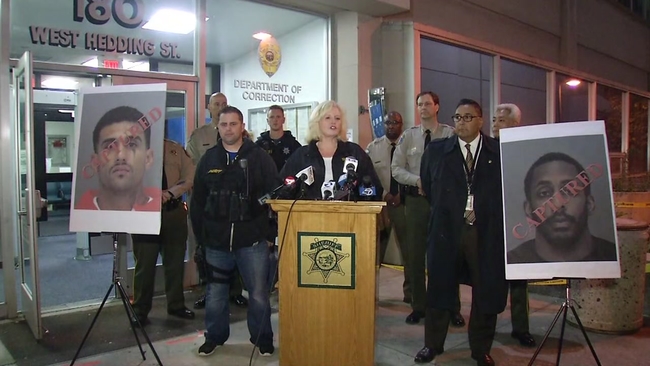 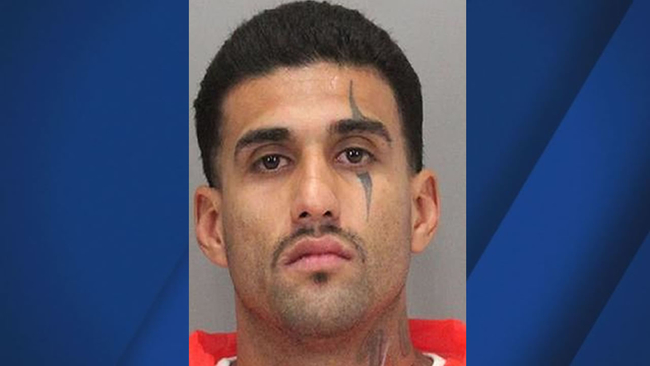