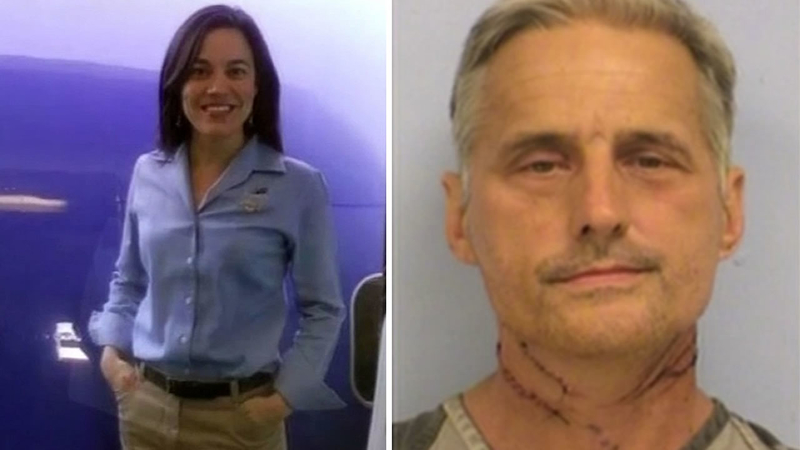 OAKLAND, Calif. (KGO) -- A flight attendant was stabbed to death and police say the boyfriend she brought home to meet her parents is the one who did it. Joseph Karr, 53, is charged with the murder of 43-year-old Kelly Turner.

Turner was a Southwest flight attendant based out of the Oakland International Airport. Her boyfriend lives in Oakland and works as an artist and sculptor. He's now in jail for allegedly stabbing Turner to death after a fight on Halloween.

It was supposed to be an exciting trip for Turner who lived in Alameda. The couple traveled to Austin, Texas, to Turner's hometown so she could introduce him to her family. Instead, the 43-year-old ended up dead.

Police arrested Karr who police say stabbed her to death. The wounds on his neck in his mug shot are self-inflicted.

Turner's sister, Barbara Shannon spoke to ABC7 News from Austin. She said she would always remember "that beautiful smile, when she walked into a room she just lit up the room with her smile. She always saw something good in every person."

Longtime friends are devastated, wishing they had picked up on signs something was wrong.

"I was taking Kelly's things she had left at her friend's house, putting them into her mother's car and she broke out in tears saying, 'I can't believe I'm never going to see my daughter again,'" Irek Banaczyk, Turner's friend, said.

Police say the couple got into a fight after returning home from a bar. Karr then allegedly stabbed turner.