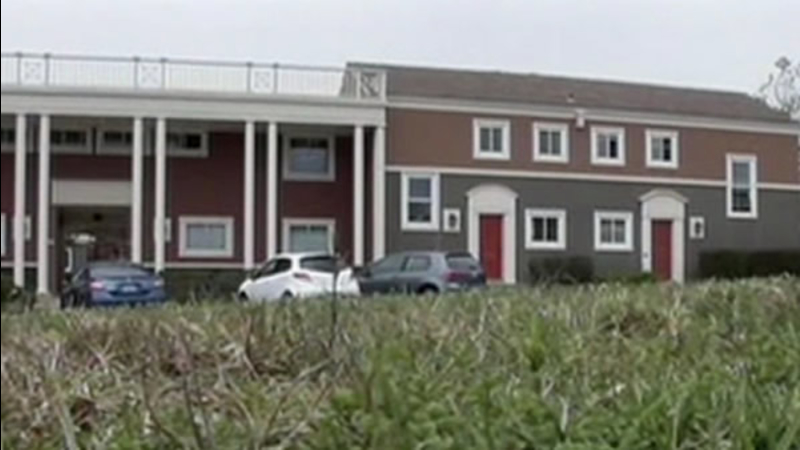 It happened on Crespi Drive in the Park Merced neighborhood near San Francisco State University.

The suspects allegedly pushed through the front door after one of the victims responded to a door knock.

Residents told ABC7 News that the suspects may have been invited into the home several weeks earlier. "They've had a few loud parties before and I thought it was probably that. I didn't really give much thought to it," Terence Faulkner said.

Faulkner lives next to a group of college-aged men in the neighborhood. One of them opened the door around midnight. "They were essentially bum rushed by a group of about eight suspects," San Francisco Police Department Ofc. Albie Esparza said.

Two of the suspects allegedly held the six victims on the floor inside the home, while six other suspects ransacked the apartment stealing cash, cameras, phones and other items of value.

Officers only have a vague description of the robbers. "One suspect did have a white clown mask on," Esparza said.

Neighbors wonder why a unit that looks like every other one on Crespi Drive was targeted. "That's pretty weird, eight people to steal some laptops sounds like a lot," Badiola said.

Faulkner says a Bay to Breakers party last month may have been an invitation to would be robbers. "There were probably a couple hundred people there at that time so they may have attracted the wrong attention. It's unfortunate," he said.