KGO
BRISBANE, Calif. (KGO) -- Brisbane police released their final report Friday, on the mysterious murder of a woman whose torso was found in a suitcase near the Dumbarton bridge in February.

February 12, 2016 was the last day police believed Shelly Titchener was alive. In the last phone call recordings to her husband Paul, who lives separately, investigators say Titchener sounded drunk and that her demeanor was sad, incoherent and angry.

The next day Paul creates a will that says, "Failure of this will to provide for Shelley Titchener is intentional."

Police say he transfers a substantial amount of money to his son's accounts.

On February 15th, Paul reports to Brisbane police that his wife is missing.

Family members tell investigators his statements are inconsistent, appearing to hide something. Police search the home, Paul's business and both of their cars.

Two days later, police discover a female torso along the shoreline near the Dumbarton bridge. Later, a leg was discovered along with Shelley's purse.

That night, Paul jumps off the Bay Bridge. At this point he's still a person of interest, not a suspect.

Police still have no cause of death. Former SFPD homicide detective Joe Toomey says the missing part of her anatomy may answer that.

"You're missing the head," said Toomey. "Did he knock her out? We don't know."

Police also never found the crime scene, but they have concluded that Paul Titchener killed his wife.

WATCH VIDEO: Torso found in Fremont could be linked to missing Brisbane woman

Toomey wonders, "They could have gotten into some physical altercation, and she died, a fall, whatever, had a heart attack. I don't know, and then he disposed of the body that way."

Police think the motive was stress caused by money problems and her alcohol abuse. 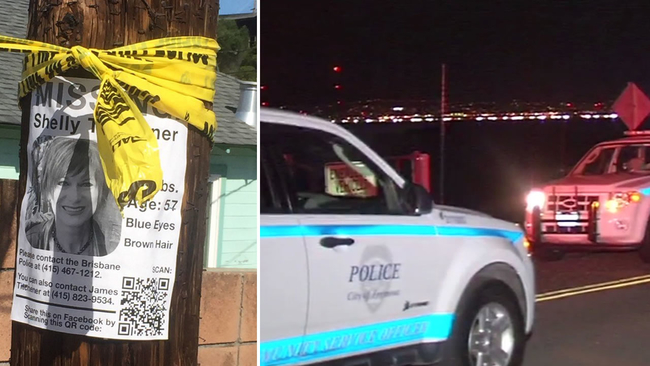 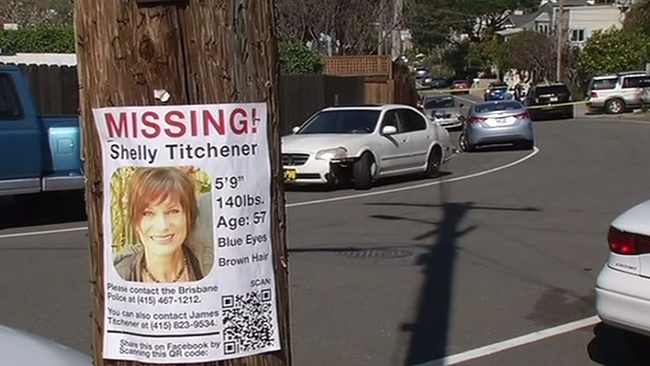 Husband named a suspect in murder of Brisbane woman