KGO
By Wayne Freedman
ANTIOCH, Calif. (KGO) -- A brush fire burned 533 acres in the Contra Loma Regional Park area of Antioch Wednesday evening. By about 10:30 p.m. the fire was 100 percent contained and no structures were damaged.

The fired started at 4:13 p.m. at the Black Diamond Mines Regional Preserve. The park and neighboring Contra Loma Regional Park had to be evacuated.

Around 6:30 p.m. the wind stoked the flames back up and the fire came rolling over the hillside toward the homes on Grimsby Drive. Residents there and in the area of Frederickson Lane were told to evacuate their homes.

Residents were nervous to see the fire burn within just a few feet of some homes.

"It's been pretty scary. This fire jumped up. I was about two miles away shopping and I could see the flames on the hill and I came rushing over to my house to see the flames right up in my backyard," one resident said. 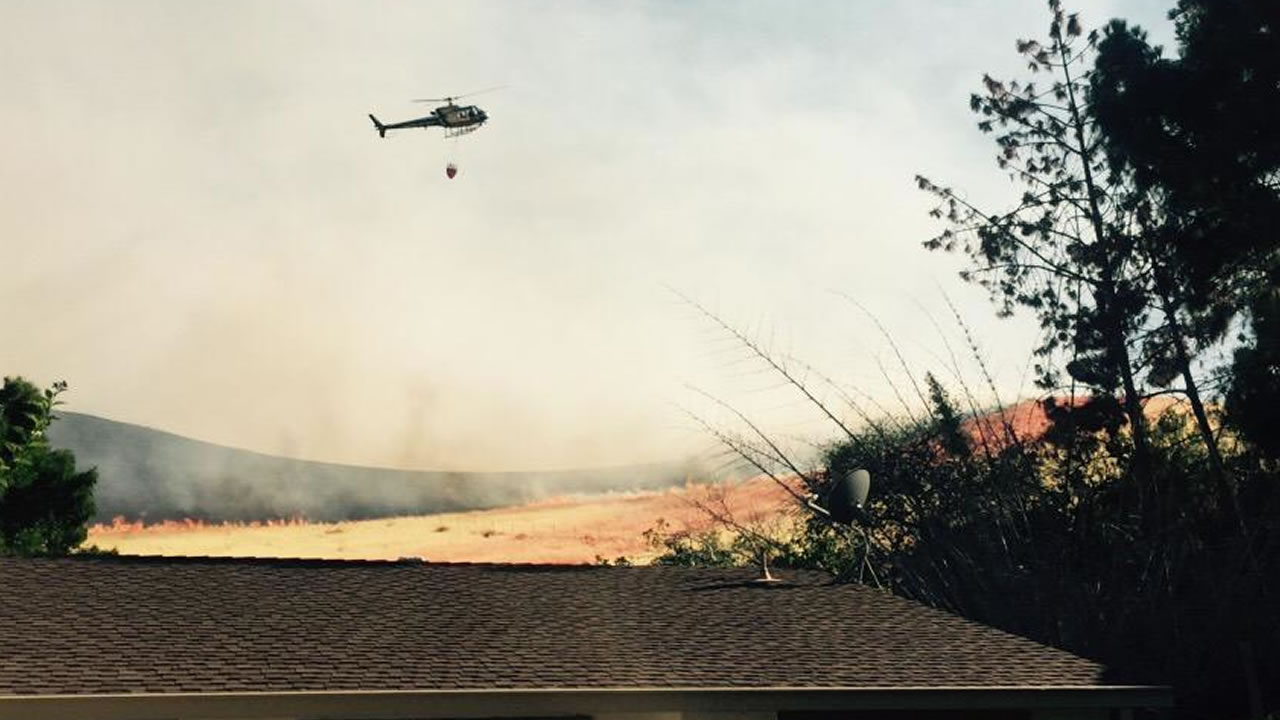 Jennifer Curl and her husband Allen Moyle just became proud owners of their first home, but had to evacuate due to the fire. Curl told ABC7 News, "Well we just signed papers for our new house... and it looks like it is pretty close to being burned down."

Crews pulled their water lines to the backyards and waited until the flames got close enough for them to extinguish. Then a Cal Fire tanker flew in low and dropped a load of retardant right on top of the crews and top of an ABC7 News photographer. It ended the battle almost immediately and the homes were saved.

Firefighters said they would be on the front lines all night long to watch for hot spots.

"We have light, flashy fuels which are grasses and if they're tall on a dry day where the humidity is low and winds pick up, once you get a fire, it's going to run and it's going to run in the direction of the wind," Contra Costa County fire inspector Lisa Martinez said.

At one point, a herd of cattle grazing in the area, had to be moved as the flames got too close.

People not in the evacuation area took things in stride. Antioch resident Robert Henderson said, "I'm not going to hose down the roof. I think it would take a lot for it to make it over the one block."

His street may be lucky this time, but Martinez says this is what the area is in for this summer and people who live near open space need to clear dry brush from their homes.

"Get out there and do it yourself. Prevent that fire from spreading to your property. Protect your property," Martinez said.

Exactly where and how this fire started is still under investigation. No injuries were reported.

Antioch fire is prompting evacuations. Thanks for the pic, @bgcoleman. If you’re in the area, tag yours w/ #abc7now. pic.twitter.com/jyn2uuloMF

#antiochfire Just as you prepare to go live....smoke from a Brush fire in Antioch. en route pic.twitter.com/nETQTCCjDC 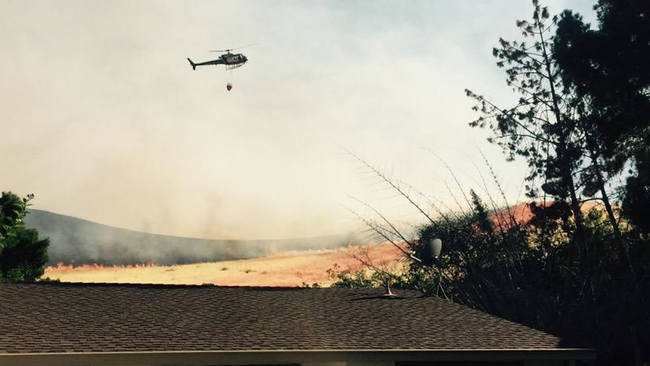