Cal Fire crews in the Bay Area are on alert

KGO
By Wayne Freedman
SONOMA, Calif. (KGO) -- Seven of the 10 major fires burning across California were started by lightning. More than 160,000 acres have burned and more than 10,000 firefighters, some from the Bay Area, are on the front lines.

Cal Fire has become so busy that it is now shuffling crews. Planes normally based in Hollister are in Sonoma covering for others that have already moved north. They're ready to go on a moment's notice. And with weather we see moving north, they may have busy times ahead.

For Cal Fire crews in Northern California, this is the calm before the next storm. And it's not a variation on a clich. It's a reality.

"We have put everyone on a higher level of alert," said Cal Fire Division Chief Mike Wilson. "For instance, due to the activity we have called all personnel back and put held them on duty."

They're worried about lightning strikes similar to those we saw in Marin County last month.

"It was a huge noise like an explosion," one resident said. "It shook the house and rattled the windows."

It's a danger made all the more tangible due to a rare combination -- 12 fires burning more than 130,000 acres in far Northern California Six of those began from lightning strikes; more than 3,000 of them. The concern is that more severe weather is on the way.

After suspicious strikes, Cal Fire may dispatch Captain Marc Ditullio to survey an area. Sometimes those fires will smolder for several days.

But for others he says, "A lot of times it will hit trees. You know, get some starts up at the tops of trees. With the drought that we've had, if you've noticed, a lot of the trees in the forest are dead. So if lightning comes down and hits that, it gives the fuel that the lightning needs to get the fire started."

One never knows; except that this year, what has already been a busy fire season may become more intense than ever as fast as the strike of a lightning bolt.
Related topics:
californiasonomahollisternorthern californiawildfirecal fireyosemite national parkbay areaevacuationyosemitebrush firecalifornia national guardfirelightningstate of emergencyjerry brown
Copyright © 2020 KGO-TV. All Rights Reserved.
RELATED 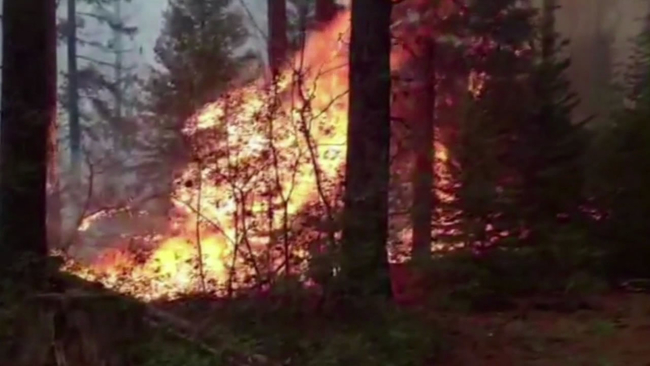 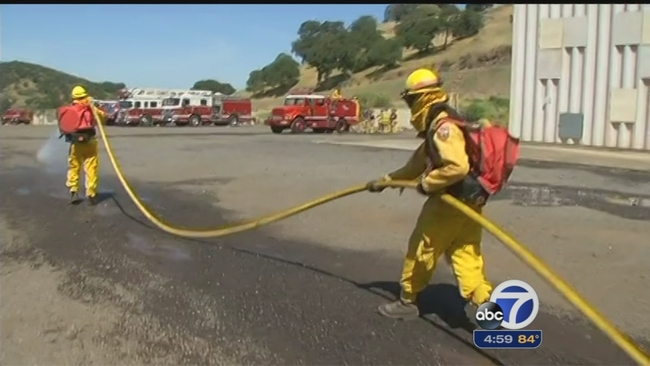 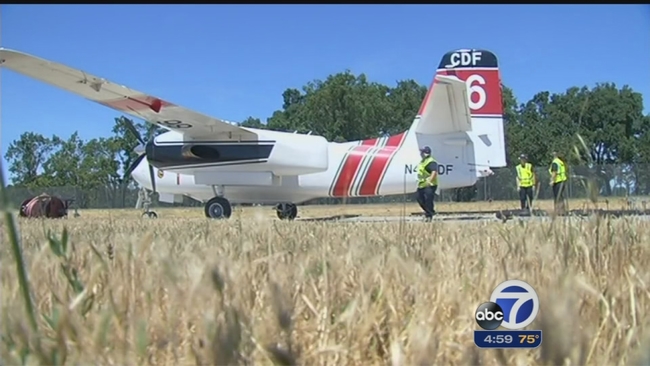