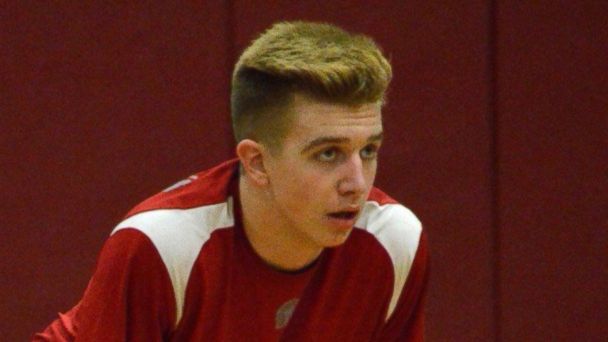 An online petition is calling for a judge in Massachusetts to be removed from the bench after sentencing an 18-year-old accused of sexually assaulting two classmates with two years of probation.

David Becker of East Longmeadow, Massachusetts, was charged with two counts of rape and one count of indecent assault and battery, according to court documents, after an April incident in which he was accused of sexually assaulting two girls who were sleeping in a bed after a house party. Becker and the alleged victims, who are not being identified, were all seniors.

As a part of his probation, Becker must remain drug and alcohol free and not contact the victims, the court documents state. He also has to undergo an evaluation for sex offender treatment, according to the Hampden District Attorney's Office.

The district attorney's office said that if Becker does not violate his probation, he will not have to register as a sex offender, as the charges will be dismissed at the completion of probation.

The online petition creator called the probation ruling "a slap on the wrist," as prosecutors in the case recommended two years in prison. The petition calls for the removal of Palmer District Court Judge Thomas Estes and has over 15,000 supporters.

At a plea hearing this summer, Becker's lawyer, Thomas Rooke, argued the former high school athlete had already suffered due to his actions.

Estes appeared to give weight to that argument, saying, "There have already been significant consequences, collateral consequences to simply being charged with the offense in the first place." Estes added that a harsher punishment would "slam a lot of doors" for Becker.

Becker's attorney described him as a model student that deserved to go to college.

"He was a star, he was a rising star... and then suddenly, April 2, 2016, he's at a house party. There's no parents. There's alcohol, there's marijuana, there's testosterone, there's estrogen. A perfect mix for a nuclear disaster. And he makes a bad decision," Rooke said.

According to police reports, Becker told investigators that when one of the girls "didn't protest," when he digitally penetrated her, he assumed it was "OK." He denied having any physical contact with the other alleged victim.

One of the alleged victims told police Becker texted her after the incident writing, "Very sorry about last night I was very much in the wrong." The girl replied, "don't even worry about it it's all good."

The Hampden District Attorney's Office recommended two years of prison time for Becker, which it considered "appropriate and fair, based on the facts and circumstances of the case," a district attorney's office spokesman said.

Scott Berkowitz, the president of the Rape, Abuse and Incest National Network, was disappointed by the decision.

"I think that the judge's sympathies were misplaced in this case. This offender's college career shouldn't have been the priority. Punishment for the act he committed should be the priority," Berkowitz said.

Becker's case comes on the heels of another sexual assault case that caused outrage over a six-month jail sentence given to former Stanford swimmer Brock Turner after he allegedly assaulted an unconscious woman.