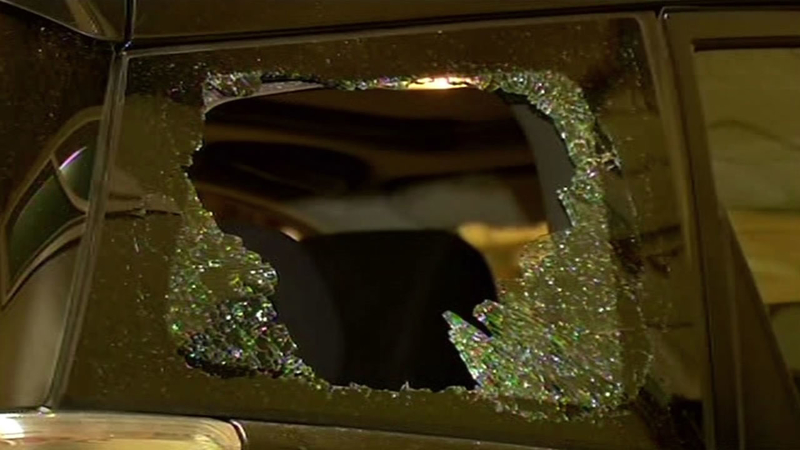 A meeting will be held Tuesday afternoon at a community center in the Cow Hollow and Marina neighborhoods to address the problem that's affecting the entire city.

Erwin Castro is one of the latest victims of San Francisco's ongoing spike in car burglaries. Someone broke into his mini-van and made off with his backpack, which was full of stuff. "Laptop, my watch, prescription glasses and some tools, flashlights," Castro said.

At In and Out Glass in the Bay View Hunter's Point neighborhood, business is brisk and it's not even the busiest time of the week. An employee said since noon on Tuesday, they had about 16 cars that needed to be serviced.

Some Monday's and Fridays the crew at In and Out Glass is so busy, they can't take a break for lunch until 4 p.m.

He's advising his customers not leave anything in the car, even something as simple as a Smartphone charger. "If you leave it just hanging out without an attachment, they're curious to find out what's in the car, they'll go underneath the seat, they'll look in your glove compartment," In and Out Glass employee Ricky Villareal said.

According to the San Francisco police, there has been a 49-percent jump in car burglaries so far this year compared to last year.

They have a couple theories about why cars are being targeted.

First, it's because of increased enforcement and new features there has been a drop in Smartphone thefts, so crooks are turning their attention elsewhere.

And second, voters recently passed a change to California law. "Because of Prop 47, if it's under $950 it's a citation where they get released. Where, before they would get booked if it was a felony," San Francisco Police Department Ofc. Albie Esparza said.

Despite the difficulty police may have in making arrests, they still recommend filling out a police report so they can track the crimes. They're also advising everyone not to leave anything inside a car even for a moment.
Related topics:
san franciscoburglarycrimecarsfpdpolice
Copyright © 2021 KGO-TV. All Rights Reserved.
TOP STORIES
Body matching description of Gabby Petito found in Grand Teton: FBI
East Bay restaurants struggle amid power outages
Red Flag Warning issued for parts of Bay Area
PG&E warns of possible power shutoffs for parts of Bay Area
Police arrest man claiming to have swallowed explosive device at SJC
Boxer-senator Manny Pacquiao to run for Philippine president
Police: Gabby Petito case not linked to slaying of two women in Utah
Show More
SF residents react to images of Mayor Breed maskless inside club
Killer High: The Silent Crisis
2 injured after ejecting from Navy jet near Fort Worth before crash
California firefighters scramble to protect sequoia groves
US closes part of Texas border, begins flying Haitians home
More TOP STORIES News