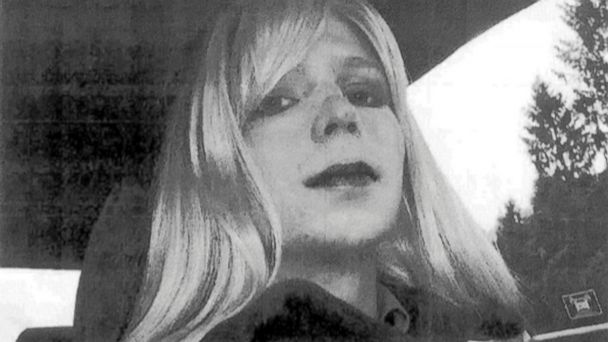 The Army informed Chelsea Manning today that she will be allowed to receive gender transition surgery, according to Manning's attorney.

Manning has ended the hunger strike that she began on Friday to protest her conditions at Fort Leavenworth, Kansas, and the lack of approval for treatment of her gender dysphoria, her attorney said.

"I am unendingly relieved that the military is finally doing the right thing," Manning said in a statement released by Chase Strangio, her ACLU attorney. "I applaud them for that. This is all that I wanted -- for them to let me be me."

"But it is hard not to wonder why it has taken so long," Manning added. "Also, why were such drastic measures needed? The surgery was recommended back in April 2016. The recommendations for my hair length were back in 2014. In any case, I hope this sets a precedent for the thousands of trans people behind me hoping they will be given the treatment they need."

Strangio said: "It is a relief to hear that the government has finally agreed to move forward with providing Chelsea with the health care that she is legally entitled to and is medically needed."

"We hope that they will act to provide this care without delay in order to ensure that her suffering does not continue," Strangio said.

"This medical care is absolutely vital for Chelsea," Strangio said. "It was the government's refusal to provide her with the necessary care that led her to attempt suicide earlier this year, and it was all the more troubling when she became subject to an investigation and possible punishment in connection with the suicide attempt. We hope that the government recognizes that charging Chelsea with the crime of being denied essential health care is outrageous and drops those charges."

Strangio told ABC News that no timetable has been set for the surgery and that Manning will meet with a medical team in the next week or two to begin the process for an eventual transition surgery.

Manning is serving a 35-year sentence at the U.S. Disciplinary Barracks at Fort Leavenworth after being convicted of having released hundreds of thousands of classified military documents to WikiLeaks, the anti-secrecy website.

On Friday, she announced she was beginning a hunger strike to protest the Army's slow pace in providing treatment for her gender dysphoria.

On Sept. 20 she faces possible additional charges for a suicide attempt in late July.

Manning's supporters are urging that the Army not proceed with those additional charges.