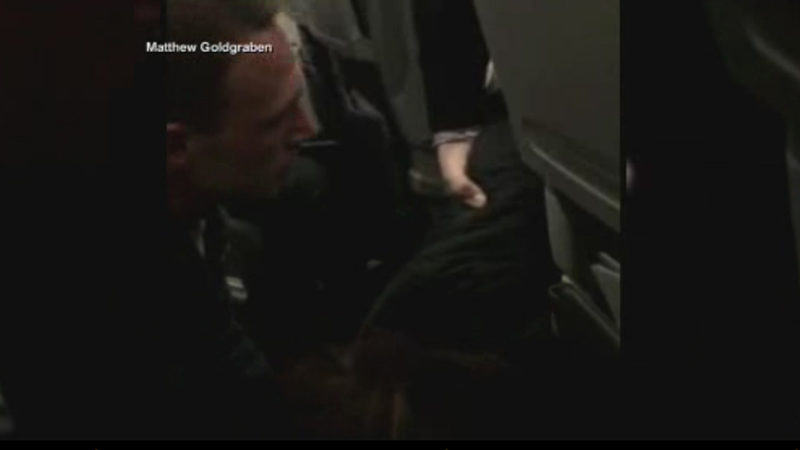 DETROIT (KGO) -- A Chicago-bound flight was diverted to Detroit Thursday night because of a disruptive passenger, who allegedly attacked a flight attendant.

After a half hour, the passenger reportedly asked if she could get off the plane. When a flight attendant said no, she scratched her face... Yelled she was bi-polar, and then started attacking another woman.

That's when three other passengers stepped in.

"They grabbed her and pulled her to the ground and subdued her by tying her up with some seat bealts and some guy used his neck tie to tie her wrists and her ankles," explained one witness.

Police are questioning the passenger, who was carried out after the emergency landing.

Airline officials said the Embrayer 170, with 69 passengers and four crew members on board, was forced to land at Detroit Metropolitan Wayne County Airport, where the woman was taken into custody. The flight continued on to O'Hare.

No one was hurt. Investigators are looking into what started the fight.