WLS
CHICAGO -- Was it or wasn't it? Experts say a meteor could have caused a mysterious fireball the lit up the sky on Monday night, but Red Bull claims it was all just a flashy publicity stunt -- at least in Chicago.

Red Bull said three skydivers launched flares as they jumped above North Avenue Beach around 6:25 p.m. Monday evening. That's about the time calls started coming in about a possible meteor over Chicago.

And Chicago wasn't the only place reporting possible meteors. NASA's Bill Cooke of the Meteoroid Environments Office in Huntsville, Ala., said there were multiple reports from around the country of at least two events - one around 6:20 p.m. EST over the eastern U.S., the other at 6:20 p.m. CST in the Midwest.

The timing appears to be coincidence, Paul Abell, lead scientist for Planetary Small Bodies at NASA's Johnson Space Center, said, noting that Earth is bombarded by about 100 tons of natural debris every single day.

The fireball captured by a West Virginia police sergeant's dashcam was likely created by something roughly the size of a baseball, Abell believes, while another bright object captured streaking over Chicago was probably basketball-size.

Objects that size across typically burn up completely as they reenter the atmosphere, posing no danger to people on the ground.

"The rule of thumb is that for objects to make it to the ground and actually survive, they need to be at least a meter or bigger," Abell tells ABC. "For things that move high speed, a hyper-velocity impact where you're causing a lot of damage, an impact crater and a large nuclear-type explosion, you have to be on the order of about twenty meters."

That's about the size of the Chelyabinsk meteor that exploded over Russia in February 2013, sending out a shockwave that shattered windows and injured roughly 1,500 people on the ground.

"We live in a very busy place," Abell says. "So at NASA we have this grand challenge to find all the asteroid threats to human populations and know what to do about them."

Expect a lot of smaller shooting stars over the next few days, Abell says, thanks to the annual Taurids meteor shower. The Taurids are created as Earth passes through the dusty tail of a comet known as Encke.

"We have a lot of material floating around and the Earth sweeps it up as it moves through space," says Abell. 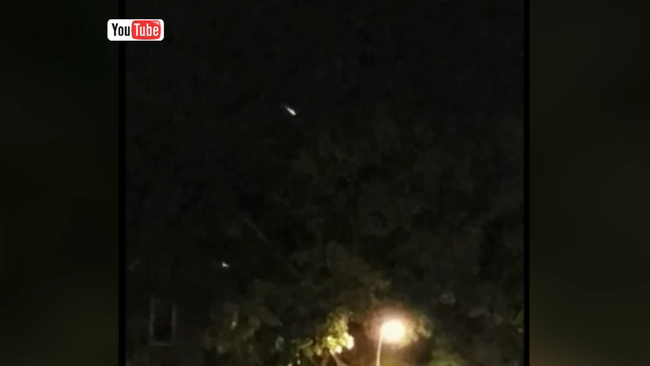