MERCED COUNTY, Calif. (KGO) -- An intense investigation has been launched into why five people died and 16 others were injured when a chartered bus crashed into a sign pole overnight in Merced County.

Passengers were trapped in the wreckage as the pole nearly split the bus in half.

There are no visible skid marks, but it appears the chartered bus may have smashed into the pole at full speed. CHP investigators, however, have been searching for any marking on the pavement that would indicate the driver was attempting to break.


A few passengers managed to escape. They were what a CHP officer called the walking wounded. Others were trapped inside. It took first responders an hour to extract them, hampered by the pole that split the bus in half.

The bus driver, 57-year-old Mario David Vasquez, was unable to tell CHP what had happened.

"He wasn't able to give us a statement at this time due to the extent of injuries he sustained in the collision," said Ofc. Moises Onsurez with the CHP.

The driver's family in Los Angeles woke up this morning, knowing instinctively something bad had happened.

"I knew something was wrong when he didn't come back in the morning. He didn't wake me up," said Denise Menjivar, the driver's grand-daughter.

The dismantling of the sign and the crash investigation kept northbound Highway 99 closed for nearly 11 hours, forcing its heavy truck and car load onto a frontage road. One lane was re-opened at mid-afternoon.

"The bus started in Mexico and made several stops. It was stop in Los Angeles last night. Its next stop actually was in Livingston on its way to Washington (state)," said Onsurez.

Its route also included a stop in Sacramento where it's believed a driver swap was scheduled.

"He's very responsible. When he got tired, he told the other driver he could take over from here because he knew it was important for him to come home," said Menjivar.

In addition, 16 injured passengers are being treated at area hospitals. 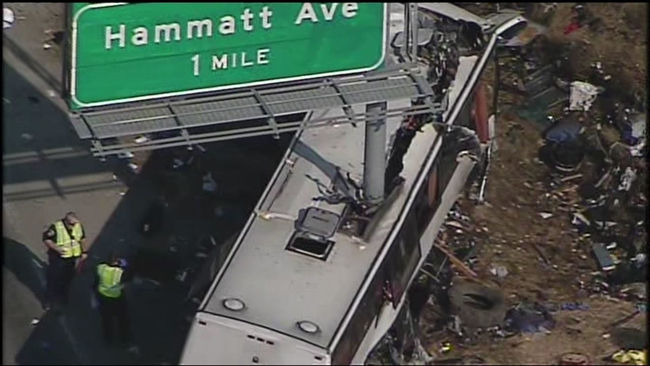 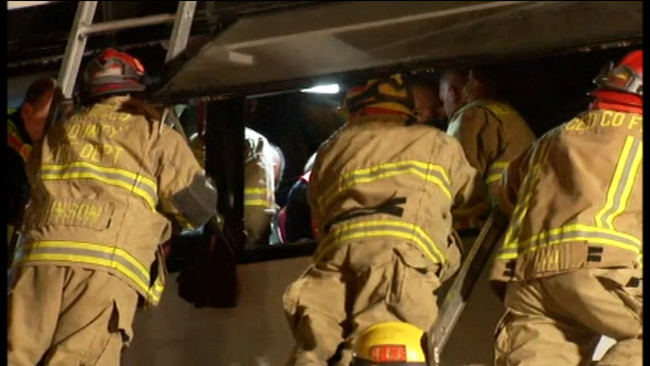