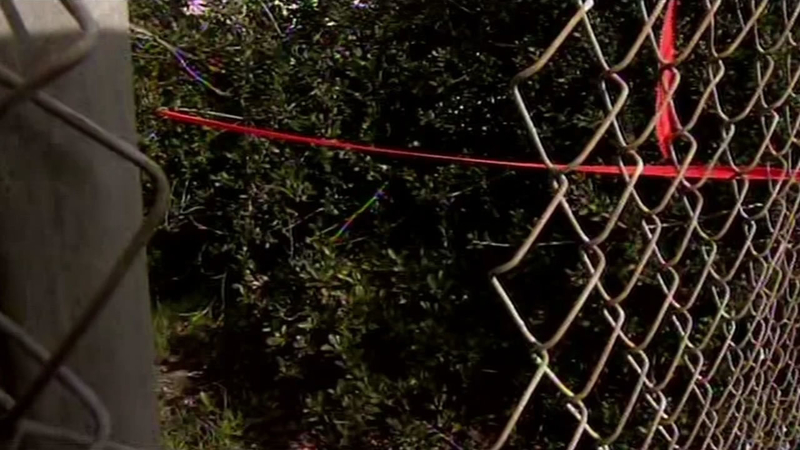 SAN JOSE, Calif. (KGO) -- Along a busy stretch of Moorpark Avenue along Interstate 280 in San Jose, red tape marks the spot where a disturbing discovery was made.

"There was the majority of a human skeleton that was found, it was in some clothing," explained Officer Ryan Fifield, with the CHP.

The CHP was called to the scene Thursday night after being notified by San Jose police.

About a month ago, a woman was involved in an altercation with her boyfriend, as they walked along a nearby fence, he threw her phone into the bushes.

She hopped the fence to retrieve it, but stumbled upon the skeletal remains. She chose not to report it until Thursday night.

"There were teeth that were found inside the skull, so they're going to be running some dental records, to try to get an ID on the individual that passed away," said Fifield.

Pauline Ward works across the street and wonders if the dead body is connected to a nearby homeless encampment.

The CHP says members of that community have been cooperative with investigators.

"People walking down there all the time with their bikes and everything, so I'm surprised it look so long for it to be discovered. I don't know why it took so long," said Ward.

Angi Barnes Coffee, a San Jose native, grew up nearby and hopes the discovery will remind others to look out for one another.

The CHP says it isn't sure how long the body was there, but did say it was badly decomposed.

Foul play hasn't been ruled out.

Anyone with information is urged to contact the San Jose Police Department.