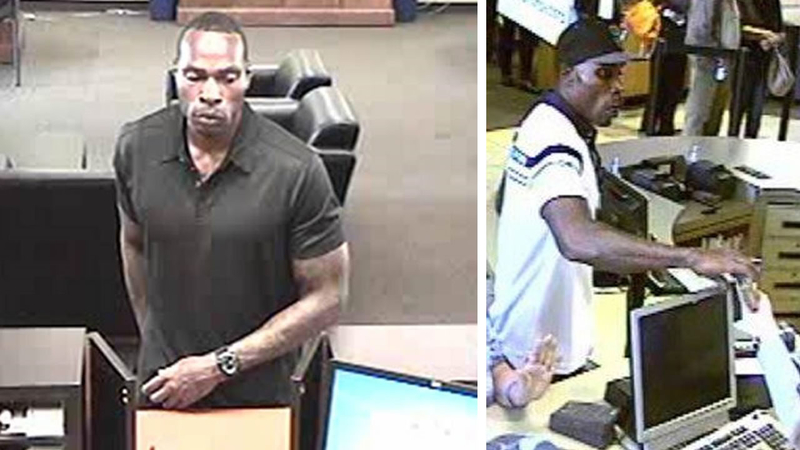 SAN FRANCISCO (KGO) -- The FBI arrested an armed and dangerous robber who targeted Bay Area banks for the past three months. ABC7 News learned that it took a while to capture him because of an important oversight that could have resulted in his capture much earlier.

"The Clean Cut Bandit" is what the FBI called Darious Gilbert, 48, when they first sent out a bulletin.

Between March and the beginning of this month, the FBI figures Gilbert robbed at least nine banks.

Officials say the man is accused of robbing six banks in San Francisco, one in Antioch, one in Elk Grove near Sacramento and one in San Rafael.

The FBI says the prolific bandit became more daring and more dangerous. "He first brandished a knife in earlier robberies and then the later robberies he displayed a handgun," FBI official Bertram Fairries said.

Reliable sources told ABC7 News Gilbert was completing his term at a federal prison when he was transported to a half-way house in the Tenderloin.

He disappeared from the facility sometime in March. That's when ABC7 News sources say his bank robbery spree began.

But the FBI and local police had no idea who he was because federal authorities somehow failed to issue an arrest warrant after he bolted from the half-way house.

Gilbert was even arrested by Oakland police on a gun charge, but since there was no warrant he was allowed to bail out.

Sources say the bank robberies continued with another gun.

At some point, the FBI was able to identify him and an all-out search ended in Los Angeles Friday morning.

"The L.A. division was able to pinpoint the suspect's location at a hotel in the Bell Air area," Fairries said.