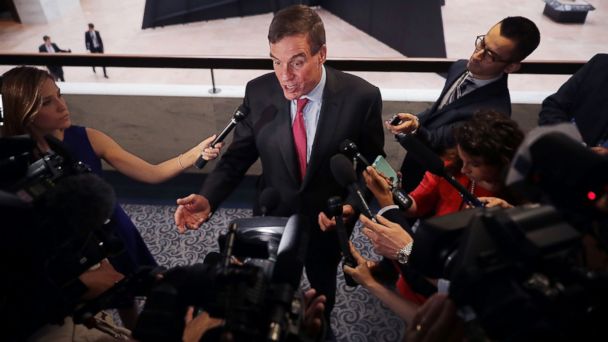 FISA provides the legal structure for the government to collect foreign intelligence material via physical searches, wiretapping and other search techniques. Some parts of FISA are due to expire at the end of the year.

The three are expected to provide a comprehensive overview of FISA's authorities, its current oversight mechanisms and examples of the value this court-authorized collection provides to the United States intelligence community, according to the committee's press release.

The three will undoubtedly also take questions on their dealings with President Donald Trump and about Comey's firing.

"I've got a number of questions particularly for Admiral Rogers and Director Coats," Warner said. "Director Coats, he communicated to me publicly and privately that he would aid the Russia investigation and I want to see the veracity of the reports that the president asked him to back off from the investigation. I have similar questions for Admiral Rogers. And my hope is that they will respond rather than hide behind executive privilege."

Coats pulled that card last month at a separate hearing.

"I don't feel it's appropriate for me to characterize discussions and conversations with the president," Coats told the Senate Armed Services Committee in May.

"There is a series of questions and I think some confusion about the timing of Mr. Rosenstein's memos and some of the circumstances around the firing of Director Comey," Warner said.

When asked if he was concerned or uncomfortable with Rosenstein overseeing Special Counsel Robert Mueller's investigation, Warner said he hopes Rosenstein will quell these concerns.

"Well I think we'll ask questions about that tomorrow," he said.

Should Rosenstein recuse himself from the Russia investigation?