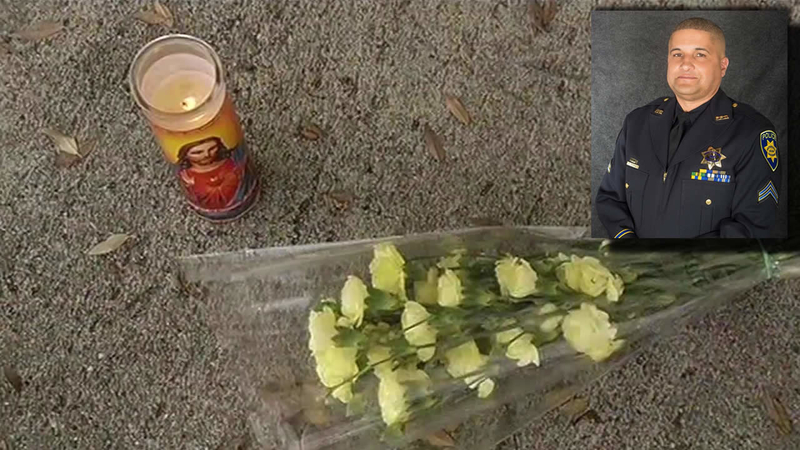 PITTSBURG, Calif. (KGO) -- A second officer with deep ties in his community passed away in the past week.

The Pittsburg Police Department is mourning the loss of Ofc. Donnie Pearman who died suddenly Monday night after catching a shoplifter.

Pearman had been with the department for 22 years. During that time he received the Police Chief's Commendation and has been officer of the year because of the work he did in his community -- one of the toughest areas of town where he cared about the people. "He would describe it as his home away from home," El Pueblo Housing resident Linda Givins said.

Those who lived in El Pueblo Housing said they always felt safe because Pearman was on patrol. "He knew everybody here, everybody knew him," Anna Castellanos said.

Many are shocked to find out about his sudden death. He suffered an apparent heart attack at Sun Valley Mall. He was working a second job in loss prevention when he caught a shop lifter in action Monday evening and was later found unconscious. "I'm devastated, I really am," Castellanos said.

Flowers now rest outside the police substation at El Pueblo.

During a procession Tuesday, his body was taken to a funeral home in Pittsburg.

Residents said while his life was cut short, he made a big impact. "He loved the people here, he loved serving community, loved the kids," Givins said.

Nicknamed "Jason Kidd," Pearman would often spend his own money to help those in need. Last Fall when he found out a young boy had his Playstation stolen at the complex, he bought him a new one in time for Christmas.

He also came with gifts for the senior citizens. And the stories go on about his generosity, including how he paid for a hotel for a mother and child who were homeless.

Colleagues said Pearman had a medical condition, but it never slowed him down.

They are also mourning a respected officer and friend who went above and beyond the call of duty.