Concussions in Children May Be Vastly Underreported, Study Finds 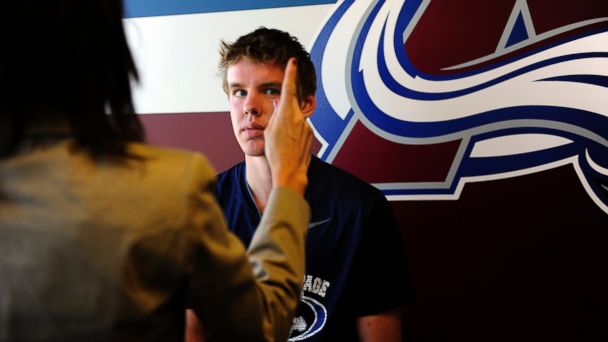 Children who have suffered a concussion are more likely to be diagnosed in their pediatrician's office than the emergency room, according to a new study that suggests current concussion statistics may be vastly underreported, since only children diagnosed in the ER are included in counts by the U.S. Centers for Disease Control and Prevention.

In the study, published today in the Journal of the American Medical Association Pediatrics, researchers from Children's Hospital of Philadelphia (CHOP) and the CDC used CHOP's regional pediatric network to figure out when and where children were diagnosed with a concussion.

The findings may have far-reaching implications for what we know about the number of concussions in the U.S., the authors said, noting that this study suggests that the condition is extremely underreported if the vast majority of concussions are diagnosed outside the emergency department.

"We need surveillance that better captures concussions that occur in children and adolescents," Dr. Debra Houry, director of CDC's National Center for Injury Prevention and Control, said in a statement today. "Better estimates of the number, causes, and outcomes of concussion will allow us to more effectively prevent and treat them, which is a priority area for CDC's Injury Center."

Additionally, one-third of those injured were under age 12, showing that not just high school athletes are at high risk, the study found.

"We learned two really important things about pediatric concussion healthcare practices," Kristy Arbogast, lead author and Co-Scientific Director of CHOP's Center for Injury Research and Prevention, said in a statement today. "First, four in five of this diverse group of children were diagnosed at a primary care practice -- not the emergency department. Second, one-third were under age 12, and therefore represent an important part of the concussion population that is missed by existing surveillance systems that focus on high school athletes."

Though the finds are significant, it may be hard to generalize the data for a wider population since just a single hospital network was studied.

"Anytime we can get a better sense of what the true numbers are, it allows us to provide better care and focus research and attention on where it needs," said Diamond, who was not involved in the study.

Pediatricians are very effective at diagnosing and treating concussions, Diamond said, noting it is probably better for children to be seen by a doctor who knows them and can see if they are showing symptoms of a concussion.

"That's why it's great for a pediatrician to deal with this," Diamond said. "They know the kid at baseline and they know the family."

Concerns over concussions and the potential long-term impacts have been helpful in getting more kids treated, Diamond said, noting that parents should "trust their intuition" about whether to seek treatment for a potential concussion. Additionally, parents should seek medical help if the child lost consciousness, had a seizure or had "headache plus," he said.

"Headache plus vomiting or sick to their stomach or balance problems," Diamond said. "Those would be really good things to get evaluated for."

He also recommended unless it's an emergency, parents should try to make an appointment with their pediatrician since they are familiar with the child.