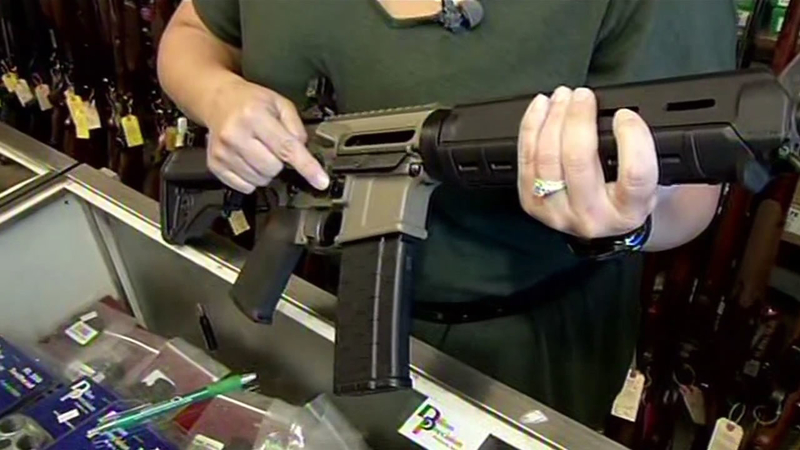 SAN CARLOS, Calif. (KGO) -- Most assault rifles are banned in California, but the San Bernardino shooters used a kind of assault weapon that's still legal in the state.

In California, the law bans any assault weapon that has an ammunition magazine that allows you to load and reload over and over. So three years ago, the gun industry came up something that would slow down the process -- a weapon with a bullet button. That's what police say was used by the mass shooting suspects.

You would think many of these semiautomatic rifles were already banned in California. Not so. They are, in fact, perfectly legal.

The one thing that makes the rifle legal in California is a small feature called the "bullet button."

"Which is right here, that one," she said while pointing on the weapon. "Basically a tool is needed to be able to release the magazine. I can push this all day long it won't release."

We tried it and the magazine wouldn't budge. But it releases if you use a bullet or a tool.

"This is a dummy round," she said. "I'd need to use the tool to be able to release the magazine. Yes, you could use the pen."

Gun advocates say without a bullet button a gunman could be constantly loading and reloading, using a lot more ammunition.

ABC7 News timed Rolsky-Feige to see how long it'd take her to insert something in the bullet button and take it out and reload. It took her almost six seconds.

Congresswoman Jackie Speier, D-San Mateo, says that loophole is why these guns are legal in California.

"These bullet buttons that can allow you to clamp on a high capacity magazine allowed them to spray bullets throughout that conference room," she said.

And through the Internet, one can buy magnetic quick release tools that go inside the bullet button making it easy and quick to reload.

Rolsky-Feige reminds clients that that is illegal.

"I tell people what's legal and illegal," she said. "And I just have to take the notion that they are going to listen to me." 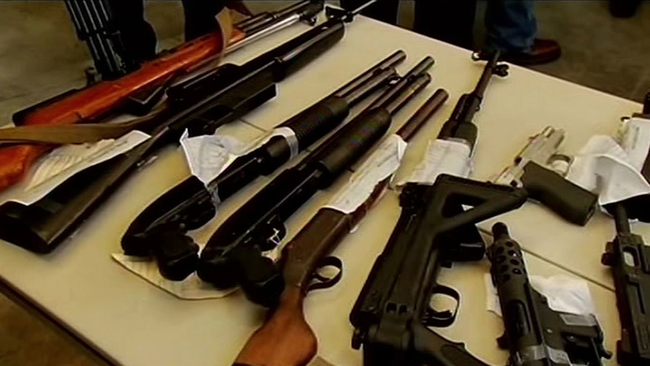 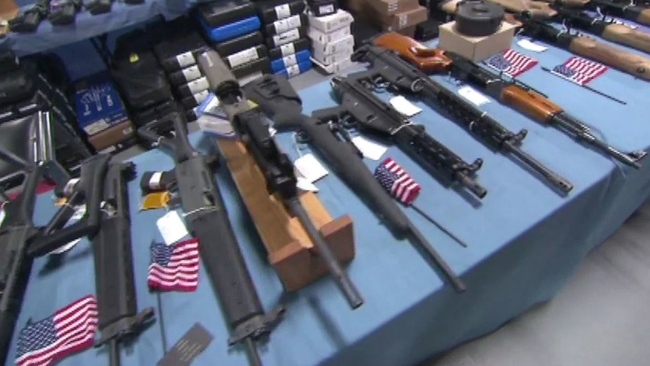