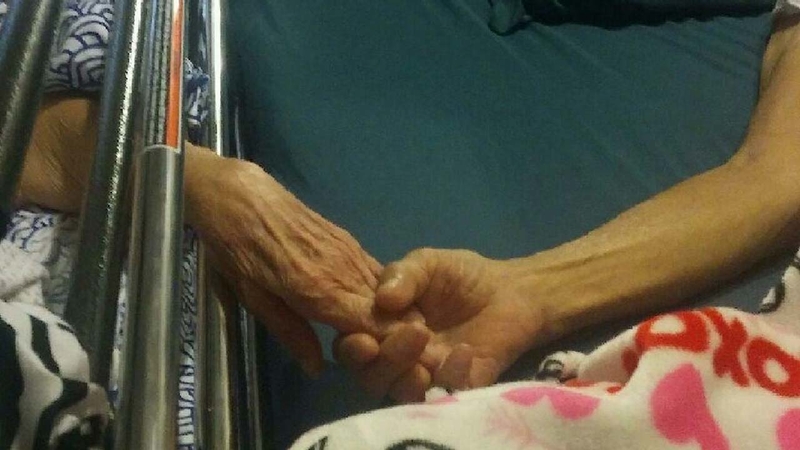 SAN ANTONIO, Texas -- A San Antonio couple who spent 58 years together side by side died the same way - while holding each other's hands.

"I just can't believe something like this would ever happen, you hear this on the movies...like The Notebook," the couple's daughter, Corina Martinez, told KABB.

George and Ora Lee Rodriguez met at a butcher shop in San Antonio. When George completed his time in the military, he returned to Texas and married his high school sweetheart. They then had three daughters.

Their love story reportedly came to a beautiful end less than a week after their 58th wedding anniversary when George died in his sleep. While surrounded by their daughters, grandchildren and great-grandchildren, Ora Lee passed away three hours later, while holding her husband's hand.

"They were both here, we had them here at the house, in their hospital beds, right beside each other, they were holding hands," Martinez said.

The final chapter in a love story about two people who refused to be apart.