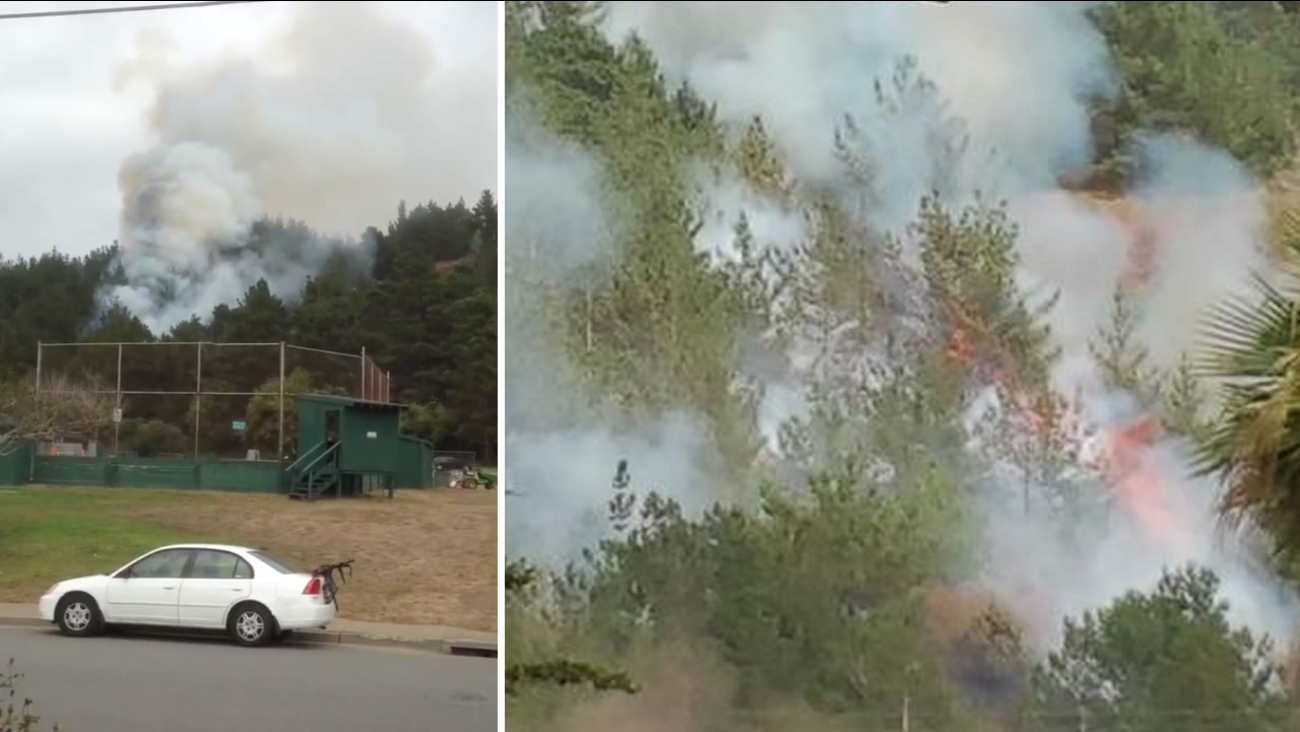 Crews battled a two-alarm fire burning in Pacifica, Calif. on Thursday, July 23, 2015. (Photos submitted to KGO-TV by @nandutton and @Knee_Co/Twitter)

PACIFICA, Calif. -- A brush fire that has burned approximately 45 acres in Pacifica is 10 percent contained this evening, according to fire officials.

Fire officials first received a report of the two-alarm fire near 712 Cindy Way at 3:46 p.m.

The fire is burning in an area that is part of the Golden Gate National Recreation Area, near Fairway Park, a fire inspector Clyde Preston said.

The area is very steep and has brush that is about 3 feet high, according to Preston.

So far, no structures are being threatened and no evacuations have been placed, Preston said.

Additionally there are no major street closures and there have been no reports of any injuries, according to Preston.