KGO
By Leslie Brinkley and Cornell Barnard
EMERYVILLE, Calif. (KGO) -- A massive 6-alarm fire tore through an apartment complex under construction on Wednesday morning, spreading to townhomes next door and forcing dozens to evacuate.


It took five hours for crews to control the blaze, but everyone is grateful that a fire this big didn't kill or hurt anyone.

Metal fatigue? How do you take down this construction crane badly damaged in massive fire ?#Emeryville #abc7news pic.twitter.com/sjnquZBOwE

James auto repair lost a lot full of cars to the 6 alarm fire in Emeryville this morning. pic.twitter.com/aF9SKybuOy

Security ofc. James Johnson says he was a hero this am as he woke up and evacuated at least 70 ppl next to fire. pic.twitter.com/0yyCwXZzow

Broken windows from the heat at 39th & Adeline St. across from Emeryville 6 alarm fire pic.twitter.com/ejxuQ9jiF6

6 alarm fire in Emeryville/on Oakland border. Apt. Complex that was under construction. FF will be here for hours. pic.twitter.com/KxfZiFq1ac 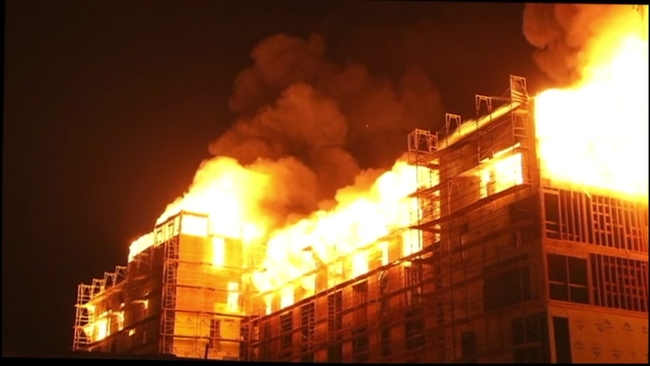 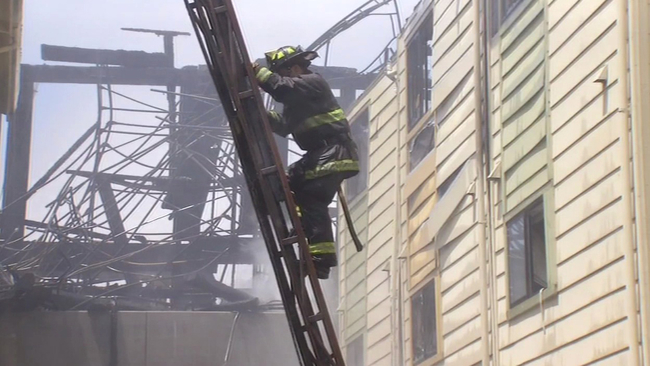 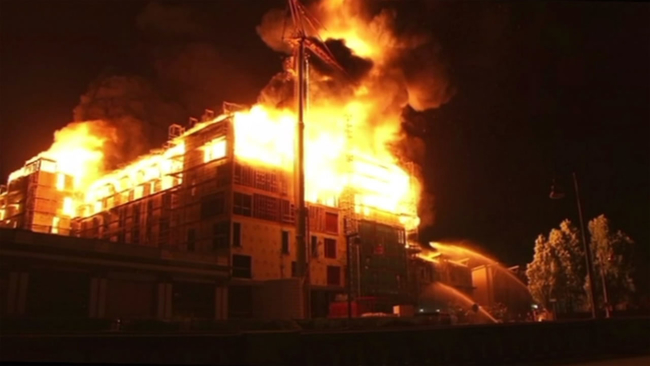 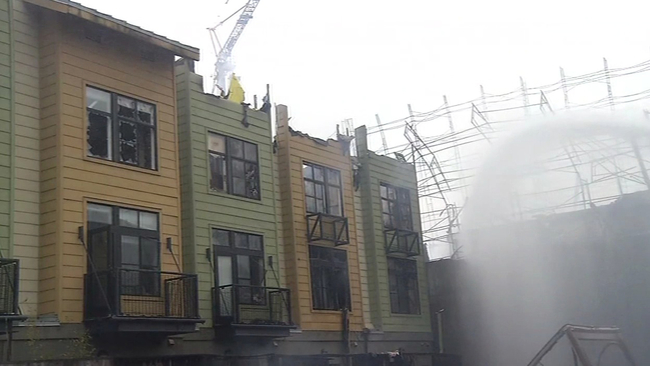