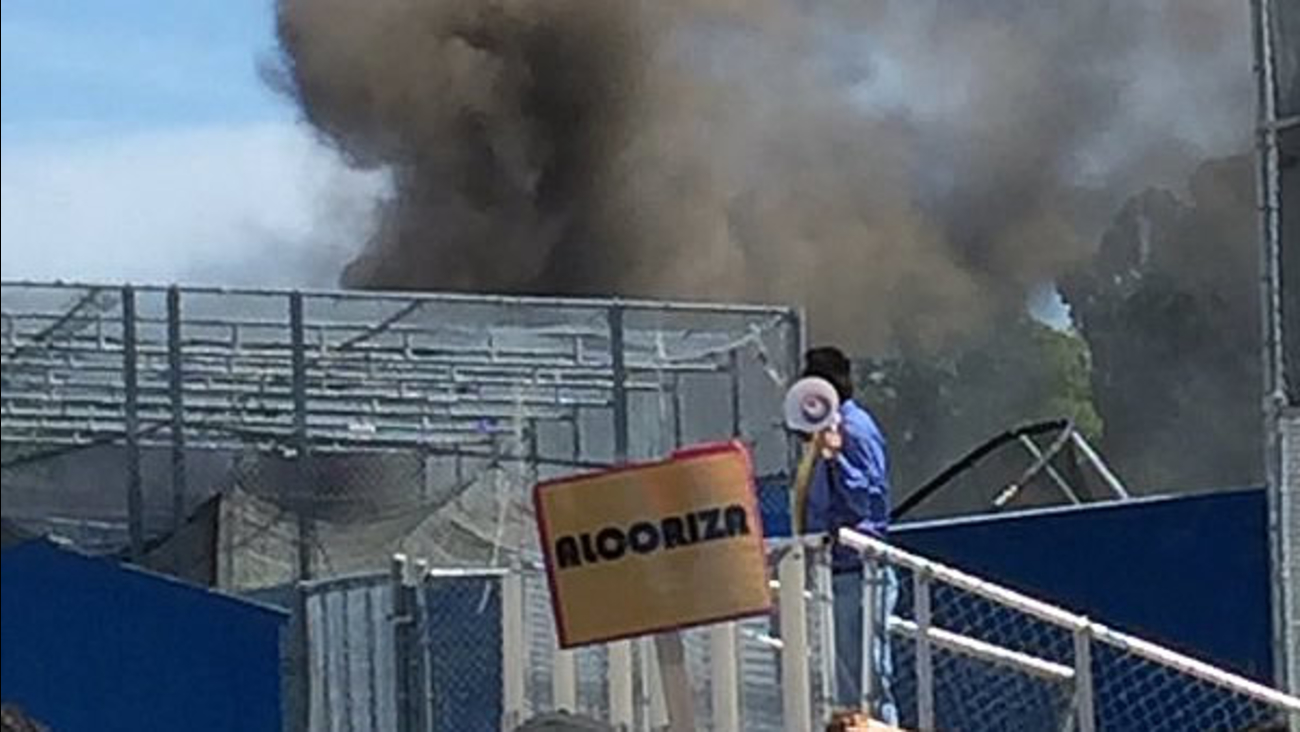 A fire that broke out at a snack shack at Santa Clara High School on Monday, April, 4, 2016 is seen in this image. (Photo submitted to KGO-TV by @mariamaiyed/Twitter)

The fire broke out around 1 p.m. at the snack shack near the football field of the campus located at 3000 Benton St., district spokeswoman Jennifer Dericco said.

Firefighters quickly responded to the scene and extinguished the blaze, Dericco said.

Students and staff members evacuated from the campus, which is the protocol whenever there's a fire at the school, Dericco said. "We always practice drills, but we were able to put that into actual practice today," she said.

Everyone was allowed back inside at about 1:40 p.m., according to Dericco.

4 years of fire drills, and we didn't even meet in the back field cause the snack shack burned down LOL pic.twitter.com/rTRnuuYMtJ