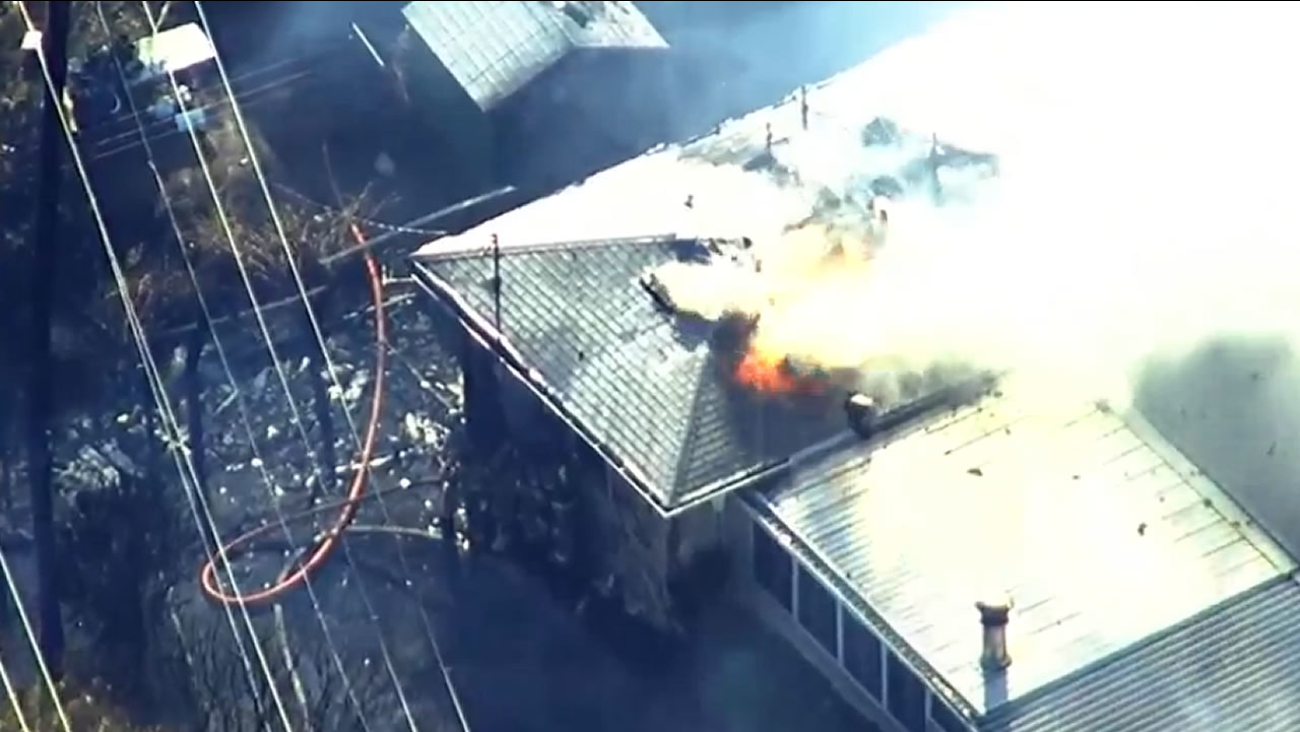 SKY7 was above a four-alarm fire that destroyed at least two structures near E. Tennessee and Taft streets in Fairfield, Calif. on Monday, September 21, 2015, (KGO-TV)

Power Lines were knocked down in the area, and approximately 4200 PG&E customers are without power.

Police reported the fire at about 4:30 p.m. in the vicinity of East Tennessee and Taft streets. Ten homes were evacuated on Taft Street as a result of the fire.

Fairfield police say during the evacuations two people were reported missing, but were later accounted for. There were no injuries as a result of the fire. The American Red Cross has responded to assist evacuees.