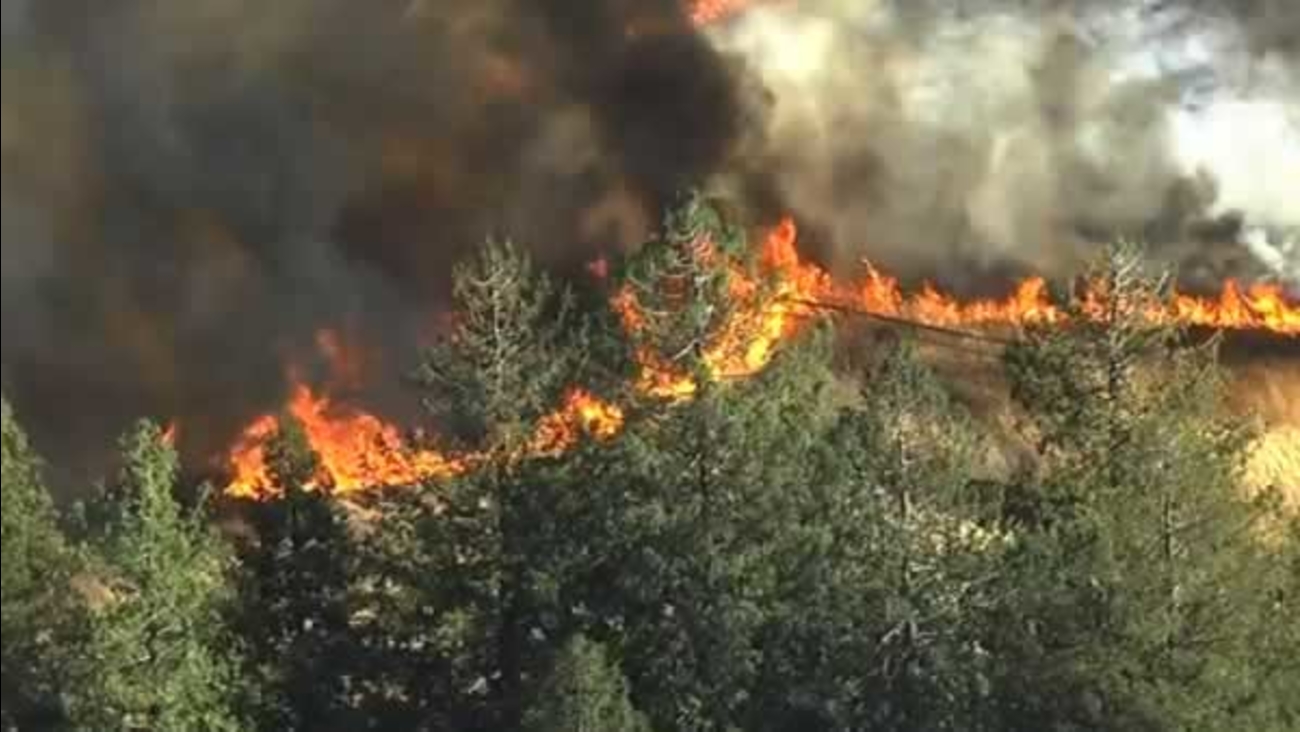 A fast-moving fire is burning near Briones Regional Park in Martinez, Calif. on Monday, September 21, 2015. (KGO-TV)

The fire was reported at 3:22 p.m. at Carter Acres Lane and Reliez Valley Road in Martinez and was 100 percent contained by firefighters at 4:15 p.m.

A couple Martinez residents with homes that could have been threatened by the fire's spread were fighting the blaze back with hoses, Marshall said

No one was injured by the fire, which Marshall expects to be extinguished within the hour. The official cause is still yet to be determined.
Related topics:
martinezbrush firefireconstructionfirefighters
Copyright 2021 by Bay City News, Inc. Republication, re-transmission or reuse without the express written consent of Bay City News, Inc. Is prohibited.
More Videos
From CNN Newsource affiliates
TOP STORIES