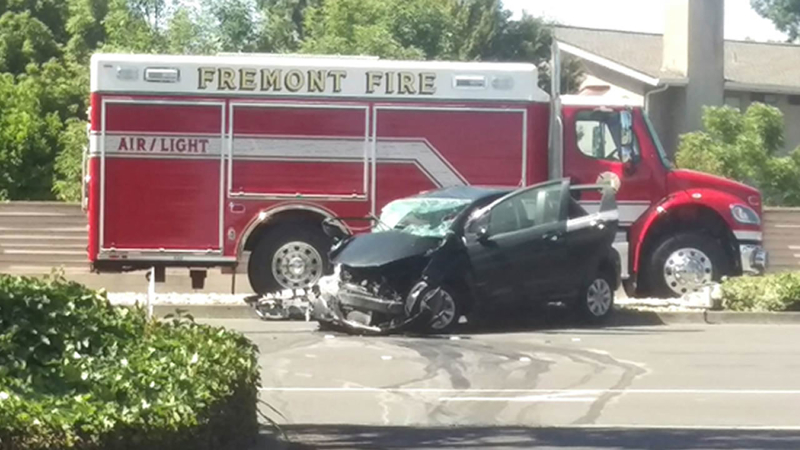 1 killed, 3 hospitalized after crash in Fremont

One southbound lane of Fremont Boulevard is open.

Traffic investigators responded to the collision at 3:30 a.m. at the intersection of Fremont Boulevard and Darwin Drive, police said.

Police say a black Toyota Yaris was making a left-hand turn from southbound Fremont Blvd onto eastbound Darwin Drive when it collided with a blue Chevy Malibu traveling northbound on Fremont Boulevard.

The passenger in the black Yaris was pronounced dead at the scene. Police say the victim was an 18-year-old female. The driver of the Yaris was the victim's mother, she suffered major but non-life threatening injuries.

Shane Marcelino of #Fremont dies in crash hrs after attending @JamesLoganHigh prom. Mom was driving when car hits them blocks from home. pic.twitter.com/JtAqC2fqLz

Investigators tell ABC7 News that they are looking into whether alcohol played a role in the collision. No arrests have been made.