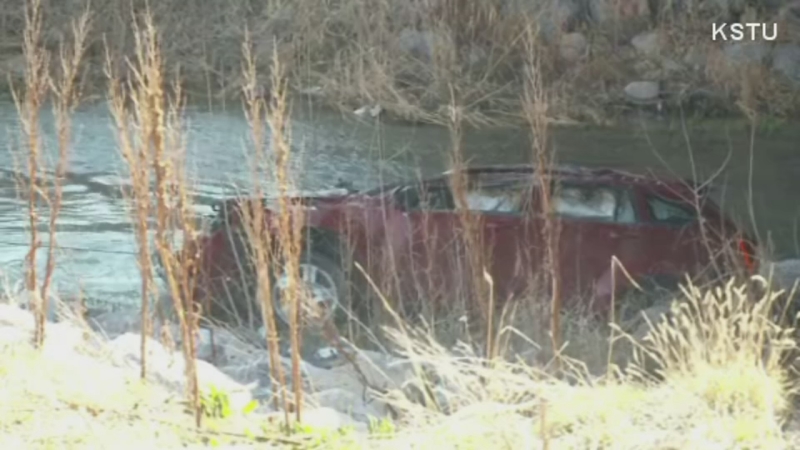 SPANISH FORK, Utah -- Police who came to the rescue of an 18-month-old trapped in a submerged car hours can't explain a mystery voice they heard calling for help.

"It felt like I could hear somebody telling me, 'I need help.' It was very surreal," one officer told KSL.

The officers were on the scene hours after 25-year-old Lynn Groesbeck, the baby's mother, had died. The baby, Lily Groesbeck, survived but was unconscious when officers arrived.

Police believe that the baby was dangling upside down but above the water in the submerged car for as many as 14 hours. She had survived without food or water in frigid temperatures.

Police saved the baby by forming a line and passing her from hand-to-hand after cutting her out of her car seat.

There's one thing that continues to puzzle those who were near the car: They all heard someone calling to them.

"We've gotten together and just talkin' about it, and all four of us can swear that we heard somebody inside the car saying, 'Help,'" Officer Jared Warner told KSL. "We're not exactly sure where that voice came from."

Hospital officials said Lily was in stable condition and improving Monday, according to the Associated Press.

Police aren't yet sure what caused the crash. They do not suspect alcohol or drugs, but they aren't ruling anything out yet.