PACIFICA, Calif. (KGO) -- A large whale washes ashore in Pacifica, leaving residents wondering how the animal died and why.

The dead whale washed ashore near Pacifica's Mori Point. At first glance, people who walked by weren't sure what it was they were looking at. 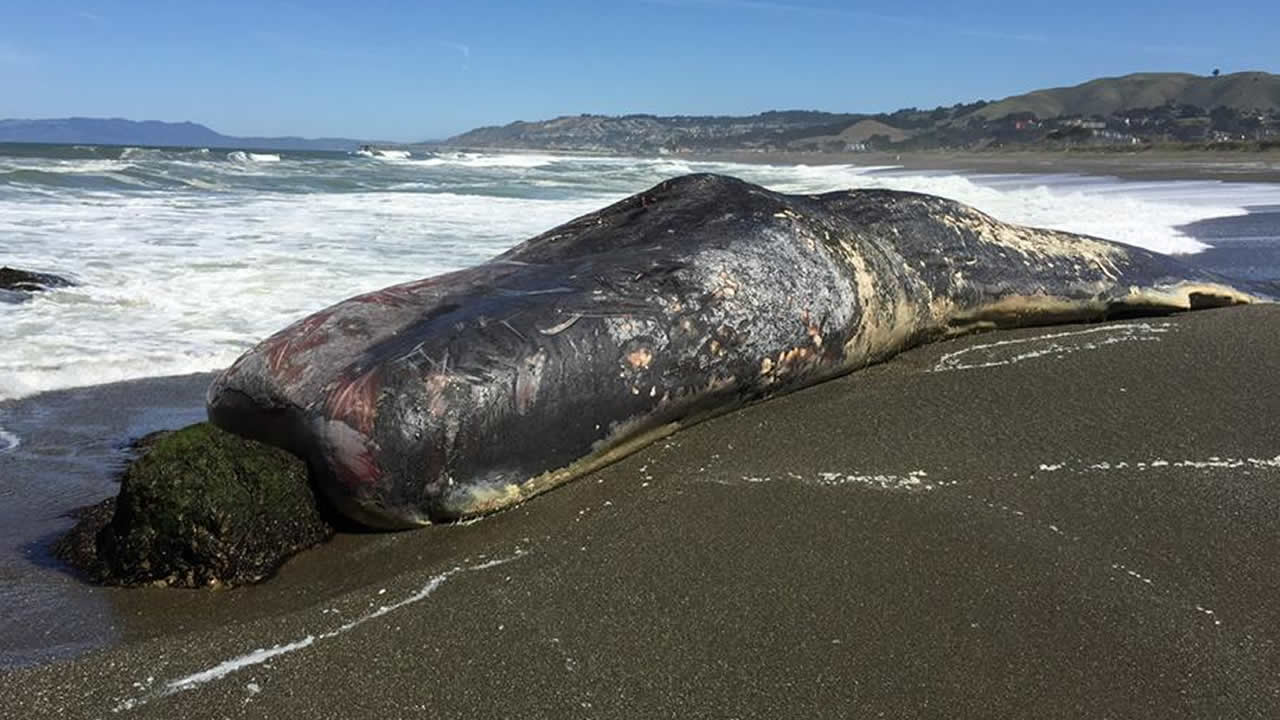 "There's a rock out there in low tide. It's exposed and I thought it was that rock and then I'm like, 'Gosh, it's shinier than that rock.' So, as I got closer I realized it was a whale," said Pacifica resident Priscilla Schlottman.

Researchers with the Marine Mammal Center say it's an adult sperm whale believed to be about 49 feet long.

People started flocking to the area as word spread.

Many Pacifica residents don't remember the last time they saw a dead whale on one of their beaches. They've seen other types of animals wash ashore in recent months.

"Sea lions wash up periodically, a lot of babies recently, but I've never seen a whale that size on the beach here," said Greg Concepcion, a Pacifica resident.

Residents now want to know what caused the whale to die.

"There was like 50 congregating in Monterey Bay and we were expecting to see them start showing up down here, but it's a shame this is the first one we've seen," said Jim Auler, Pacifica resident.