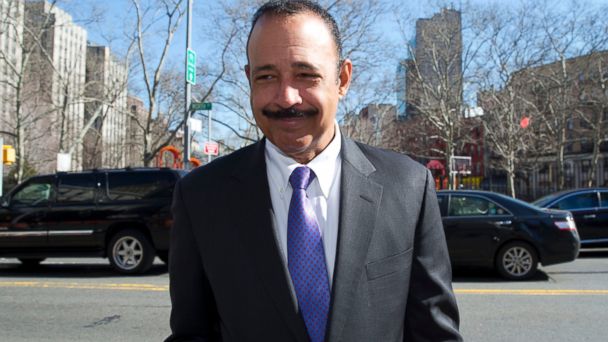 Attorney Ted Wells, who led the Deflategate investigation for the NFL, said today they made a "fair and reasonable review" of what took place during last season's AFC Championship Game.

"I think it is wrong to criticize my independence just because you disagree with my findings," Wells said on a conference call today, referring to Tom Brady's agent Don Yee who had blasted him after the report was released last week.

Wells said Yee claimed that he did not describe "key aspects" of Brady's interview in the report.

According to Wells, Yee "suggested in some way I left out important information."

Wells added that he wouldn't object to Brady's agent providing his notes to the media, saying that it wouldn't have made any difference in his decision.

"We made a fair and reasonable review of the evidence," Wells added. "Suggesting I was influenced by the league office. ... That is wrong," Wells added.

Wells said Brady "answered every question I put to him" -- but added that the legendary quarterback refused to submit his cell phone.

Wells said his findings would have been strong enough to convince a jury under the "preponderance of evidence" standard.

"Most of the key evidence in this case as in most cases come from peoples cell phones," Wells said.

Brady will be suspended without pay for the first four games of the regular 2015 season, the NFL said on Monday.

Massachusetts Attorney General Maura Healey said today, "I sure wish that the NFL would spend about a tenth of the time that's it's spending on this on issues of domestic violence and sexual assault." She added, "I'm just struck by the fact that somebody like Ray Rice gets a two-game suspension and Tom Brady, over deflated balls, is facing a four-game suspension. It doesn't add up for me."

White House Press Secretary Josh Earnest said at a press briefing today: "I do think that people around the world, particularly children, particularly boys, do look up to Tom Brady."

Earnest added, "He is somebody who has a reputation for professionalism. He's somebody who's enjoyed tremendous success on the football and has carried himself off the field in a way that has earned the respect of a lot of people. And I think that has he confronts this particular situation and he determines what the next steps will be for him, that he'll be mindful of the way that he serves as a role model to so many, not just American kids as you point out, but to kids around the world."

NFL Commissioner Roger Goodell defended the Deflategate punishment on Monday, saying, "We reached these decisions after extensive discussion with Troy Vincent and many others.

"We relied on the critical importance of protecting the integrity of the game and the thoroughness and independence of the Wells report," Goodell added.

NFL Executive President Troy Vincent said in a letter to Brady released Monday: "The integrity of the game is of paramount importance to everyone in our league, and requires unshakable commitment to fairness and compliance with the playing rules. Each player, no matter how accomplished and otherwise respected, has an obligation to comply with the rules and must be held accountable for his actions when those rules are violated and the public's confidence in the game is called into question."