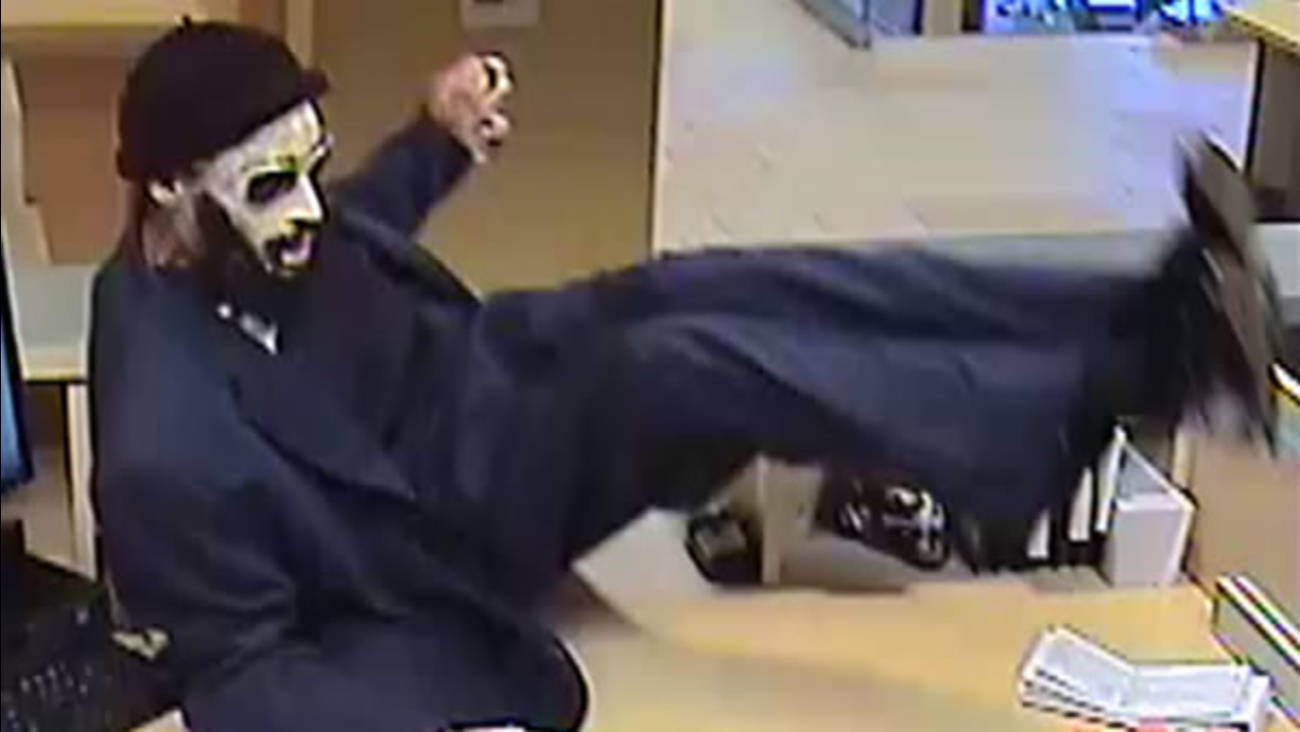 SAN FRANCISCO -- FBI officials said Monday the bank robbery suspect they refer to as the "Dreaded Bandit" has been arrested in San Francisco.

The suspect, whose nickname refers to his habit of wearing disguises including makeup and fake dreadlocks, is wanted in connection with a series of takeover-style robberies, including two in June and July at the same Comerica Bank branch on Union Street in San Francisco.

The suspect is also believed to have robbed the Provident Credit Union at 2727 S. El Camino Real in San Mateo on May 12 and the First Republic Bank at 2001 Van Ness Ave. in San Francisco on April 22, according to the FBI.

FBI spokesman Prentice Danner said the arrest was made by San Francisco police but could not provide further details.

San Francisco police this morning said they had arrested a bank robbery suspect Friday afternoon in the 5400 block of Geary Boulevard in San Francisco's Richmond District, but could not immediately provide the suspect's identity or confirm whether it was the same suspect sought by the FBI.

Police said investigators made that arrest around 2:30 p.m. Friday after conducting surveillance on the suspect, a 59-year-old man.

They arrested the man after he approached the bank wearing a wig and mustache, and also arrested a 47-year-old man waiting in a 2006 Lexus GS 300.