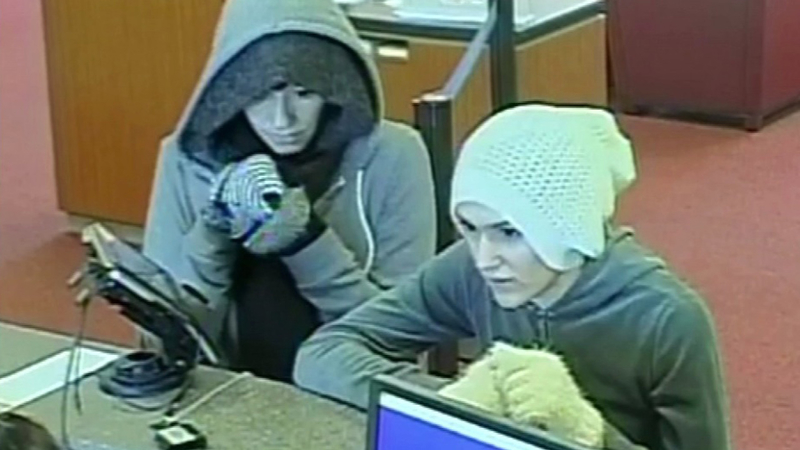 Search for females who allegedly robbed bank in Dublin

DUBLIN, Calif. -- Police are seeking at least three people in connection with a bank robbery in Dublin on Monday morning in which the alleged robbers said they knew where the bank teller lived.

Two females entered the bank and handed a note to a bank teller, demanding money and stating that they knew the teller's identity and that they had associates who were at the teller's residence, police said.

The teller then handed one of the suspects an undetermined amount of money and the suspects fled on foot, according to police.

A witness told police they saw an older model vehicle being driven by a male and speeding away from the bank. The vehicle was last seen getting onto northbound Interstate Highway 680.

Video surveillance from an adjacent parking lot captured the two females exiting the same vehicle, walking toward the bank, and then running back to the vehicle a short time later, police said.

The suspect vehicle is described as a possibly 2002 to 2004 light-colored GMC Yukon XL.

The two robbery suspects are described as white females in their late teens to early 20s. One of the suspects had a red circle or tattoo on her face, police said.

No weapons were seen during the robbery and no injuries were reported.