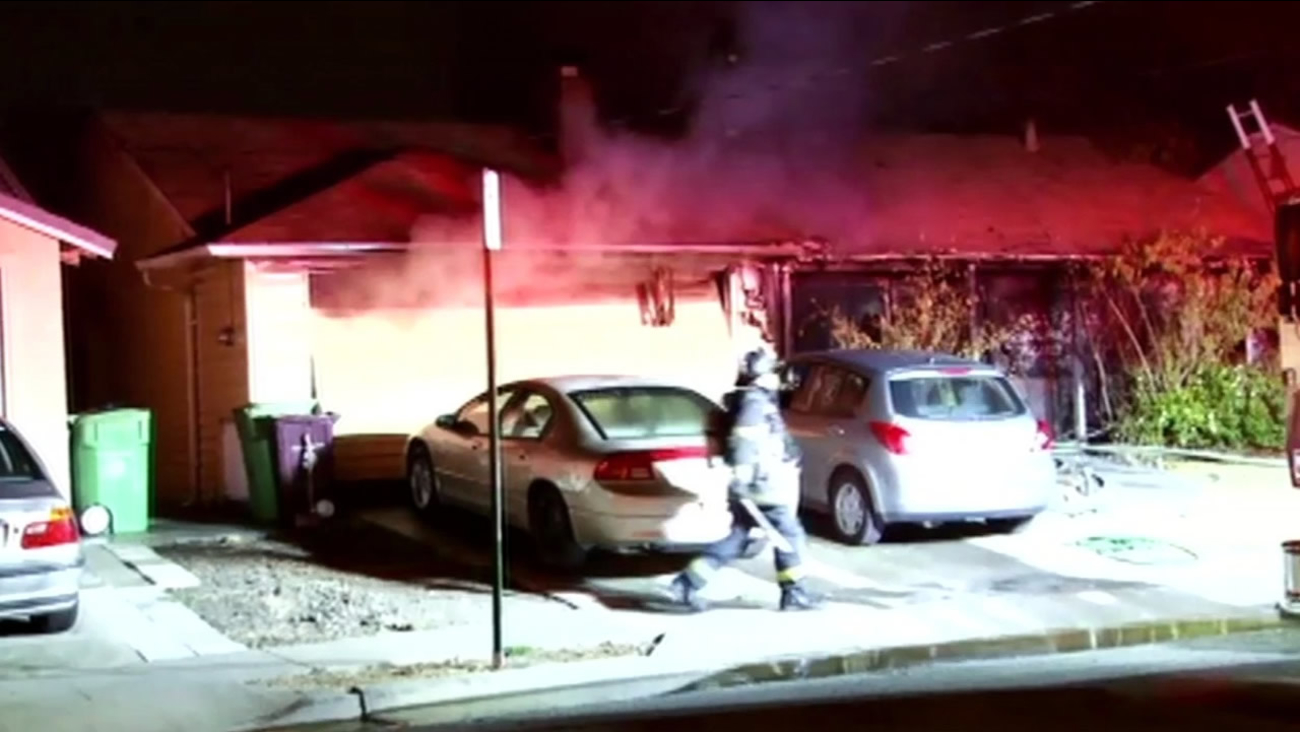 KGO
HAYWARD, Calif. -- An elderly man was killed Saturday morning after his daughter and a neighbor tried to pull him from the front door of a burning house in Hayward, a fire department spokesman said.

The Hayward Fire Department was dispatched at 3:04 a.m. to a report of a home on fire at 23474 Fuller Avenue several blocks north of West Winton Avenue near Interstate Highway 880, spokesman Don Nichelson said.

"It was fully involved by the time we got there, in three minutes," Nichelson said. "It was a very fast-moving fire."

The victim, a man in his 80s, was trying to get out of the front door of the single family home with the assistance of his daughter and the neighbor but he became stuck on some furniture, Nichelson said.

The fire spread so quickly that the daughter and neighbor had to leave him amid the high heat and smoke, according to Nichelson.

"He almost made it," Nichelson said.

The man perished from the flames, heat and smoke, he said.

Fire crews knocked the blaze down by 3:16 a.m., but the one-story home had been totally destroyed, according to firefighters.

The victim's son and daughter both had lived with their father in the home, he said.

Fire investigators remained at the scene Saturday morning to continue to investigate, but thus far they believe the fire was touched off by accident, he said.

It appeared to have started in the son's bedroom from a plugged-in electrical cord that "popped," Nichelson said.

The blaze spread quickly in part due to oxygen flowing from tanks in the room being used by the son that accelerated the fire, he said.
Related topics:
haywardfireapartment firefirefighters
Copyright 2021 by Bay City News, Inc. Republication, re-transmission or reuse without the express written consent of Bay City News, Inc. Is prohibited.
More Videos
From CNN Newsource affiliates
TOP STORIES