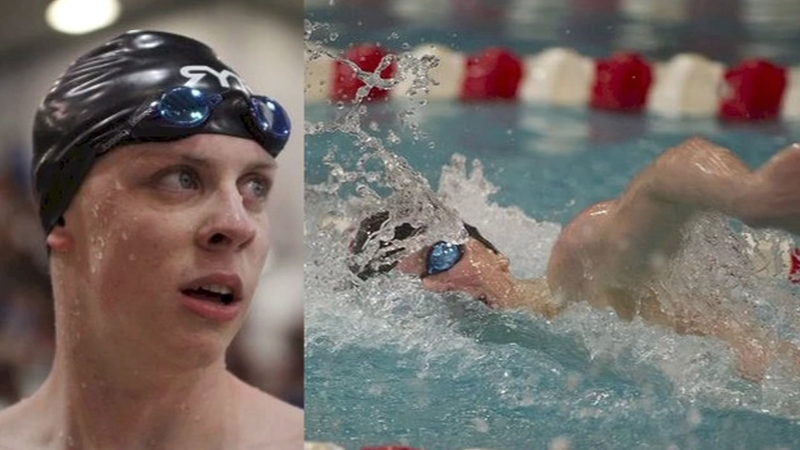 STANFORD, Calif. (KGO) -- A former Stanford swimmer is waiting to learn his punishment after a jury found him guilty Wednesday of sexually assaulting a passed out woman.

Brock Turner now faces up to 10 years in prison for sexually assaulting a passed out woman outside a fraternity party last year.

Prosecutors say campus culture needs to change and they hope this verdict will reverberate at high schools and colleges everywhere.

Prosecutors say he sexually assaulted an intoxicated, unconscious woman behind a dumpster outside a fraternity house in January of last year.

Emotions ran high as the verdict was read. Turner's mother cried uncontrollably. The victim gently wept and smiled through her tears.

"I'm glad the justice system is working. I'm glad that someone who did commit something like this is being punished for it," said Stanford student Daylon Tippett.

"I think the message will be received that you can't get away anymore," said Stanford student Hava Schwartz.

Prosecutors say what helped convince the jury were the two passersby who witnessed the assault, then intervened,

A distinction that Stanford law professor Michele Dauber says highlights a sobering reality. "The fact is there are many, many very similar cases occurring at Stanford where there are no eyewitnesses and the victim's not believed and justice is not done," Dauber said.

As for Turner, he avoided the media by leaving the courthouse through a back door, but he's scheduled to return June 2 for his sentencing.