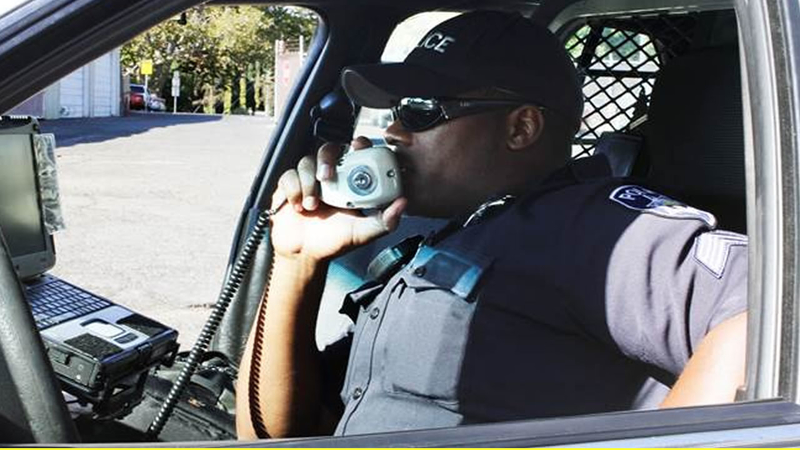 SAN MATEO, Calif. (KGO) -- ABC7 News has learned that a former San Mateo police officer is under investigation for possible sexual assaults while on duty. The district attorney launched the probe last fall. So far, we've learned that investigators are looking at five incidents. It's a story you'll see only on ABC7 News.

The student newspaper at American River College in Sacramento profiled Noah Winchester two years ago. At the time, he was with the campus police department. Winchester talked about his role in keeping everyone safe.

He later transferred to the San Mateo Police Department.

Now he's the subject of an investigation by the district attorney's office.

"We are conducting an investigation into Mr. Winchester and conduct that he engaged in while a police officer," said San Mateo County District Attorney Steve Wagstaffe.

Wagstaffe would not go into detail when we asked about the focus of the probe.

"It's misconduct while on duty in a manner in which he dealt with women," he said.

ABC7 News has learned independently that the investigation centers around allegations of rape and sexual assault.

In the fall of last year, a young woman told Burlingame police that she had been sexually assaulted in her car by a San Mateo officer at Coyote Point Recreation Area.

Investigators later identified him as Winchester.

Burlingame reported the attack to the San Mateo Police Department, which then referred it to the DA's office.

That investigation led to two other women who claim they had been sexually assaulted by Winchester.

DA investigators then began looking for possible victims when Winchester was a campus cop in Sacramento. They found two women who said they were assaulted.

Police Chief Susan Manheimer, who's out of town, sent ABC7 News a statement which says in part that she's "horrified at the nature of these criminal allegations" and that the department took "full, decisive and swift action."

Winchester was immediately suspended while the investigation was launched.