ONLY ON ABC7NEWS.COM: Kate Steinle's family speaks after mention by Donald Trump at RNC 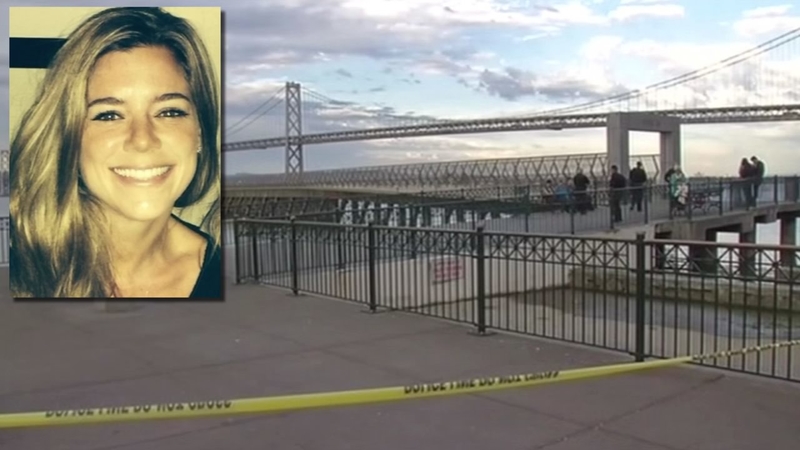 PLEASANTON, Calif. (KGO) -- It is now little over a year since Kate Steinle was killed at San Francisco's Pier 14. On Thursday night, Republican presidential candidate Donald Trump mentioned her in his speech.

"My opponent wants sanctuary cities," he said. "But where was the sanctuary for Kate Steinle?"

The 32-year-old was shot and killed by an undocumented immigrant who had been deported five times. On Friday, her family spoke exclusively to ABC7 News about the tragedy and how they've been coping with the pain.

Pier 14 is where many people go to soak in the beauty of the San Francisco Bay. Yet for some, a memorial bench serves as a personal reminder of a life that was taken too soon.

"There's not a day that goes by that we don't think about her and miss her," said her brother, Brad Steinle.

Last July, Kate was walking along the pier with her father, when she was randomly shot and killed by a convicted felon who was in the country illegally.

Weeks later, we were in Washington DC as family members pushed lawmakers for immigration reform. And then Thursday night, Trump mentioned Kate in his RNC speech.

The family says there's been a lot of talk over the past year, but very little action.

At the home where Kate grew up in Pleasanton, her brother is now making memories with a family of his own.

He and his wife, Amy, welcomed Reiss Katherine Steinle last December. They call her an absolute blessing.

"She has a little bit of knowing what she wants, and is really independent like Kate, so it has to do with the fact that she's a Steinle and also that she's a Sagittarius, just like Kate," said Amy.

This October, the family will hold the "Good For Your Soul" run, benefiting two of the charities that were close to Kate's heart. They're honoring the past while embracing the present.


"I feel like I have to take the torch for Kate, and spread sort of the Kate effect, cause she was the type of person that wanted to give back and help," said Brad.

A family hoping to make a lasting impact on generations to come.