ONLY ON ABC7NEWS.COM: Father of victim speaks out in alleged sexual assault at De La Salle 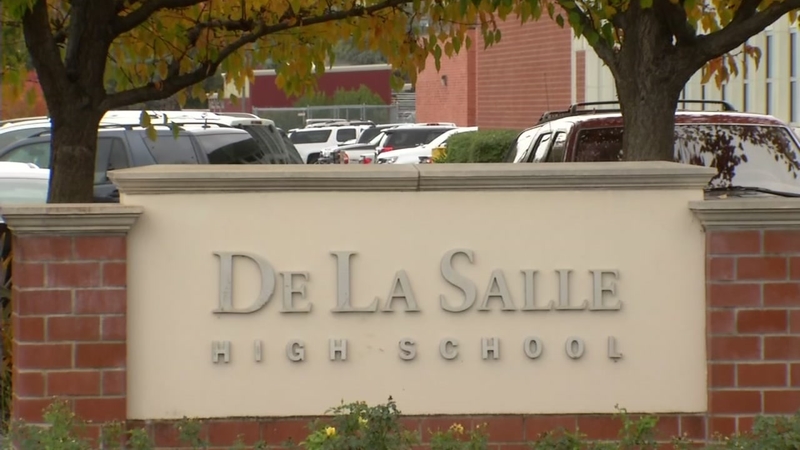 CONCORD, Calif. (KGO) -- A young high school student is under arrest, charged with sexually assaulting another student on campus, after a football game at De La Salle High School in Concord.

"It's an irreversible mistake; you affected many lives with your one bad decision," said victim's father.

He is the father of a 15-year-old Carondelet High School student, the victim of an alleged attack by a De La Salle student, an incident that police say happened after a football game on November 18.

"He forced himself on her and sexually assaulted her on the campus during the game, with all the parents and all the people there. No one was aware of it," said victim's father.

That boy was arrested Tuesday night by Concord police.

"After an investigation was conducted, we did make an arrest of a 15-year-old De La Salle student. The case has been forwarded to the district attorney's office," said Concord Police Dept. Cpl. Summer Galer.

De La Salle released a brief statement saying the school administration is cooperating with police. The victim initially reported the incident to her school principal at Carondelet on November 21, the Monday after the football game.

"We are aware of the allegations. It came to us last week. We immediately contacted the Concord Police Dept. and we are cooperating fully with their investigation," said Jennifer Ortega, Carondelet High School

"He somehow came up on her phone number and he started sending her inappropriate text messages," said father of victim.

The victim's father says his daughter didn't know the boy that well, and didn't initially tell her parents what happened.

"That's why as a parent, I'm stepping up and saying, hey, that's why we've got to put a voice to this -- address your parents, address your teachers," said father of victim.

Neighboring campuses, administrators at both De La Salle and Carondelet, addressed the incident with students and sent notices home to parents.

#EXCLUSIVE Father of girl allegedly attacked by #DeLaSalle student: "He forced himself on her, sexually assaulted her" during football game.

#DEVELOPING Statement from #Carondelet HS on alleged sex assault of one of their students by a #DeLaSalle student. pic.twitter.com/epc2lLZTrp