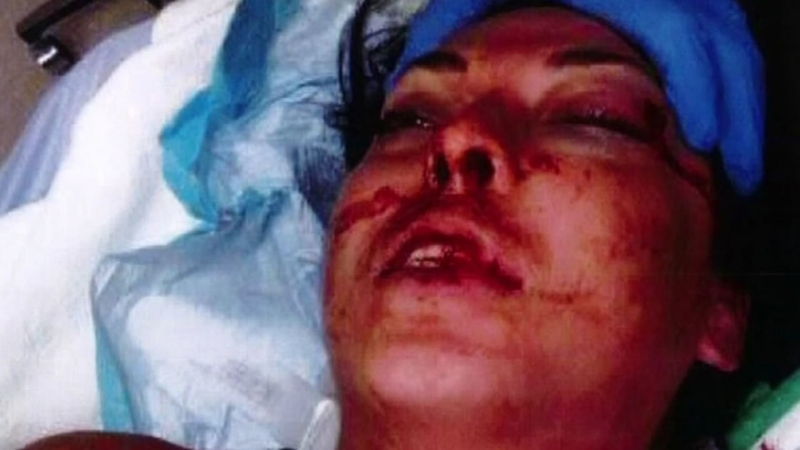 A bartender who also works as a model is suing BART and Oakland police, charging that their officers used excessive force while she was being booked at Santa Rita Jail. It's a story you'll see only on ABC7 News.

She ended up with severe facial injuries.

Megan Sheehan, the woman who's suing, says these tapes conflict with the police account of what happened that night.

"I don't believe that they should have broken four bones in my face and knocked out some of my teeth," Sheehan said.

Sheehan ended up at the Lake Merritt BART station after a heavy night of drinking. She's embarrassed at just how drunk she got, but her crime she says doesn't fit the punishment.

"I should have never gotten that drunk, but also there are ways to detain someone and not break their face," she said.

A BART officer arrested Sheehan who admits to being drunk and belligerent. She says she deserved that.

A little while later, she was driven to Santa Rita Jail.

Surveillance video shows Sheehan at the counter in the upper right hand corner of the security video and the BART officer standing with her. Then, suddenly some kind of altercation starts and she's thrown to the ground. The jail's security camera video shows it happened quickly.

An Oakland cop grabs her right hand while the BART officer takes her left hand and they throw her down face first.

Sheehan's attorney John Scott said, "They knew by throwing her to the ground without having her hands available to break the fall, that she was going to suffer serious head injuries.

Scott believes it was excessive force and intentional.

"She was uncooperative," he said. "She was intoxicated. And I believe she had to be taught a lesson. In police jargon, she flunked the attitude test."

According to the police report, Sheehan was "violently punching" and that the officer "guided her to the ground."

Sheehan and her lawyer dispute that. Sheehan was lying unconscious in a pool of blood. Nurses were called. She was treated and taken to the hospital.