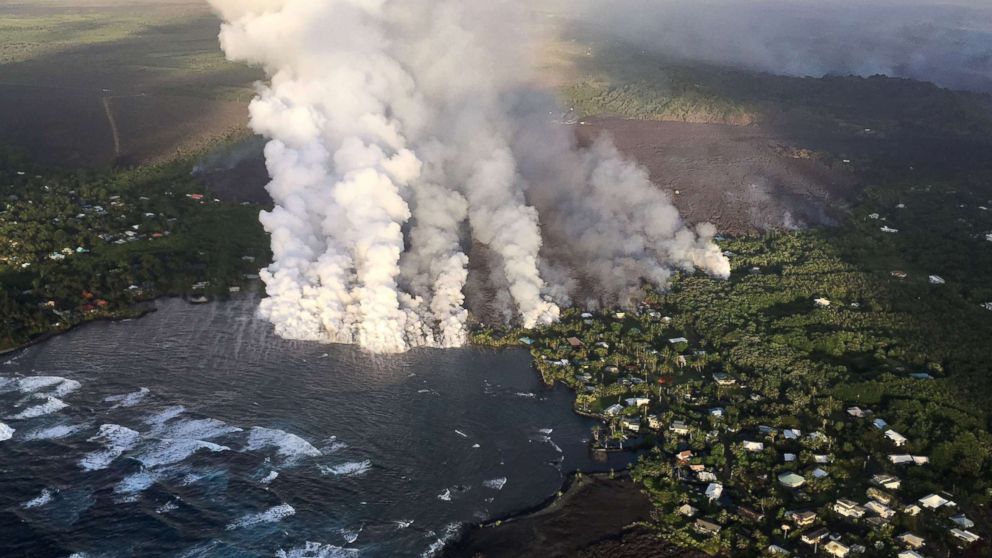 An explosion rocked Hawaii's Kilauea Volcano early Tuesday morning, spewing ash nearly a mile into the air and sparking an earthquake that registered 5.5 magnitude on the Richter scale, according to the U.S. Geological Survey.

The tremor occurred at around 4:30 a.m. local time, the agency reported. It was not clear if any damage was caused, but no tsunami was expected, officials said.

Thousands of residents have been evacuated from the area and lava spewing from the volcano's fissures have destroyed more than 100 structures since the first eruption a month ago.

Tuesday's incident didn't trigger tsunami warnings due to the small size of the earthquake.

"It's not big enough," Cindi Preller, geologist and duty scientist at the Oahu office of the National Oceanic and Atmospheric Administration, told ABC News.

Instead, tsunamis or tidal waves, become more serious threats if the size of the earthquake increases, Preller said.

"Anything above 6.9 [magnitude] is our threshold," she said.

Today's quake was primarily caused by a buildup of pressure from the summit area of Kilauea.

"They are a response to pressure building up beneath the pile of rubble cover the vent opening at the summit," Stovall explained. "So what we're seeing is as the pressure builds up it will be released in what appears to be an earthquake but no fault plane is rupturing."

The volcano's valve is open and Kilauea is going through what Stovall called "a cycle of deflation."

There have been 9,900 earthquakes since May, according to Stovall, and she estimated that number could quickly rise to 10,000.

As the "deflation process" continues, more eruptions like the one today could happen, NOAA's Preller cautioned.