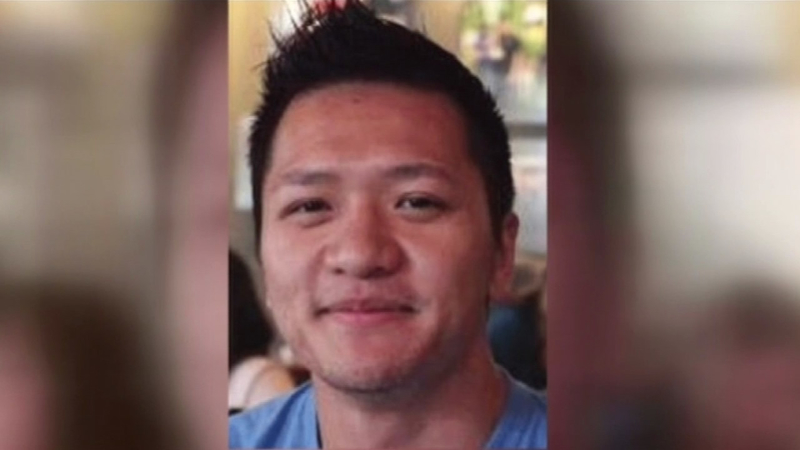 SAN FRANCISCO (KGO) -- The family of the San Francisco man who's been missing since Halloween says they're convinced now of the worst outcome, that he's dead. But the medical examiner has not yet identified the body found in the San Francisco Bay as that of Dan Ha.

The medical examiner was supposed to receive the dental records of Dan Ha sometime Wednesday. Once he gets them, he should be able to see if the body found in the San Francisco Bay is in fact the missing tech worker.

Tuesday morning, a badly decomposed body of a man was found in the waters near Alcatraz. On Wednesday, the family of Dan Ha sadly had to face reality.

"While the face and body were indistinguishable, the clothes, wallet contents, and phone match Dan's personal belongings," said the missing man's brother, Joseph Ha. "At this time, we as a family believe the body is Dan's."

The 26-year-old had been missing since Oct. 31, Halloween night. He was last seen around 4th and Brannan streets, leaving his apartment.

His parents drove 17 hours from British Columbia and his brothers flew in from the East Coast to join a massive search launched by his friends and co-workers.

They printed thousands of flyers, posting them in neighborhoods where he lived and frequented. But he was nowhere to be found.

His family does not believe he took his own life.

"Dan did not leave a note," Joseph said. "He had scheduled a doctor's appointment the morning of his disappearance and was scheduled to attend a work event the very next day."

His boss at Metromile said he did go home sick from bad headaches the day before he went missing. But the young man had no history of mental illness.

Joseph told reporters he wished police would have been more pro-active in searching for his brother. But police say they responded immediately the day after the family filed the missing persons report. That was Nov. 5, six days after he vanished.

"The investigator has come in on his weekends off and on evenings, working late on this case," said Officer Albie Esparza.

His friends say Dan was a brilliant software developer who loved life and had a huge heart.

"You know, I cannot imagine such a sparkling personality being gone from my life," said a friend, Nina Khosla.

Dan's parents thanked all those who worked and prayed for his safe return.

"Thank you very much," said Dan's mother through tears.

His father, Ken Ha, added, "Pray for us in this time of sorrow and shock."

If, as expected, the medical examiner's office identifies the body as that of Dan Ha, there's only one question -- how did he die? Was it a suicide, an accident, or murder?

One footnote to this story -- San Francisco police that on average, they receive 300 missing persons reports a month; almost all are eventually solved.

The family will be holding a memorial service for Dan on Friday at 7:30 p.m. at St. Matthew's Lutheran Church at 16th and Dolores in San Francisco.

Dan's friends in tech created a Find Dan Ha Facebook page and website. They were raising money for searches and started the page, hoping for leads. There was also a $500 reward for information leading to finding Dan.