KGO
By by Elissa Harrington
SAN JOSE, Calif. (KGO) -- A tragic picture is emerging as San Jose police investigate the young man who was armed with a knife when they fatally shot him outside his mother's home. The family of Phillip Watkins tells ABC7 News that he was depressed and suicidal when he confronted officers on Wednesday night. They say he needed help, not a bullet.

Officers were first called to the house on Sherman Street about an armed intruder. But the woman who lives there says it was a bogus call from her son who may have wanted a confrontation from police.

"He needed help," said Faye Buchanan. "And they shot him in front of me."

Buchanan says that the 23-year-old, her daughter's fianc, was shot and killed right in front of her. This happened outside the house of Watkins' mother. Buchanan was there when he stopped by.

"He was in a very distraught mode," she said. "He told me he was unhappy. He was sad. He didn't feel like things were going right in his life. And he didn't know if he wanted to live."

She says Watkins was the one who called 911.

According to San Jose police, the call mentioned an intruder with a knife. And when they arrived, the subject charged at them with the weapon. That's when they opened fire.

"I begged them, my daughter and myself, we begged them with everything I had in me for them not to shoot him, to help him, he needed help," Buchanan said through tears.

"I got really sad, first of all, because I think he needed help," she said. "The police didn't have to shoot."

Family members are distraught and baffled at how quickly things fell apart. They describe Watkins as an athlete. He used to play football at De Anza College, was working at Walmart and loved his 2-year-old little girl. They say he had no history of mental illness. 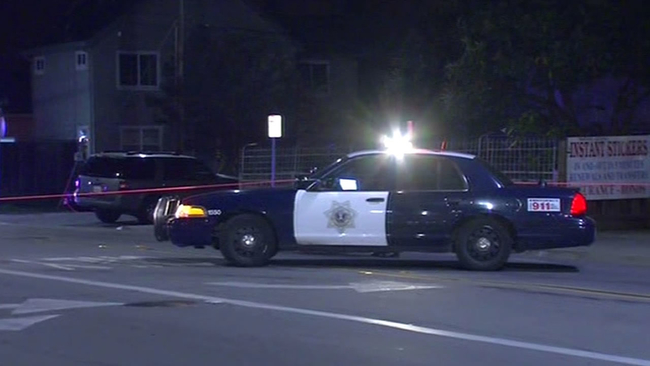