Father talks about boy who fell 225 feet down cliff

KGO
By by Elissa Harrington
BODEGA BAY, Calif. (KGO) -- A 4-year-old boy is being treated at Children's Hospital Oakland after he tumbled 225-feet down a cliff at at Bodega Head in Bodega Bay Monday night.

Sebastion Johnson suffered injuries to his head, wrist and his leg. On Tuesday he had surgery, a blood transfusion, and was put in a medically-induced coma. 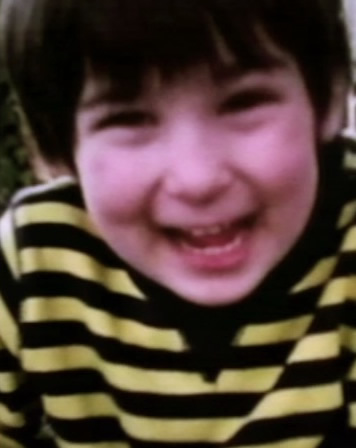 In an exclusive interview with ABC7 News, Sebastion's father, Daryl Johnson, described what happened just before the boy fell. Johnson was still shaking when we spoke to him at his Santa Rosa home.

"He just misstepped, the ground gave and he just flew right down," Johnson said. "That incident, what happened, was my worst nightmare."

The boy was hiking with his parents and sister. He was reaching for a rock when he lost his footing, tumbled down the cliff and landed at the very bottom on the beach.

"I just threw everything off, my backpack, my hat, and just ran. I was ready to jump down myself and get him. I tried to find every access I could to get down there. I was trying to look for him, I couldn't see him,'" Johnson said.

After the boy was safely pulled up to the top of the cliff by rescuers Johnson said, "I was bawling. I was just crying because I so relieved."

He calls his son's survival a miracle. Johnson said, "He's very stubborn, a little fighter, and that's why I'm very proud of him."

He's not sure when Sebastion will be able to come home, but says his puppy and favorite blanket are waiting.

First responder talks about rescuing boy who fell off cliff

At first they thought he fell into the water, but rescue crews found him on the rocky beach near the water and rappelled down to him. "I was preparing myself going down to find the worst," Firefighter and paramedic Marco Barros said.

Barros was one of the first responders. He rappelled down using ropes and found Sebastion badly hurt, but alive. "He wasn't really talking, but I said 'you know if you like Spiderman or superheroes you know just try and think of them' and just tried to keep him awake and moaning," Barros said.

Rescue crews pulled Sebastion back up the cliff in a stokes basket. They carried the boy to an ambulance where he was transported to Santa Rosa Hospital.

To understand how intense and difficult the rescue was, you have to look at pictures of the cliff in the daylight.

A daytime look at the cliff where a 4-year-old boy fell.

A Coast Guard helicopter that also flew in for the rescue was instead grounded. It was unable to fly because of the weather and because part of the landing gear failed.

The pilot performed what's called a slope landing, something all Coast Guard pilots train to do. In this case, part of the landing gear started sinking into the soft hillside, preventing safe takeoff.

Coast Guard teams had to dig out channels to move the aircraft to solid ground. "We were digging behind the main landing gear to safely roll it back down the hill onto the path to get it onto more level ground," US Coast Guard Chief Aviation Maintenance Technician David Blowers said.
Related topics:
bodega bayoaklandsanta rosachildrenchildren's hospital oaklandcoast guardrescuehospitalchild rescuechild rescuedsonoma county
Copyright © 2020 KGO-TV. All Rights Reserved.
RELATED 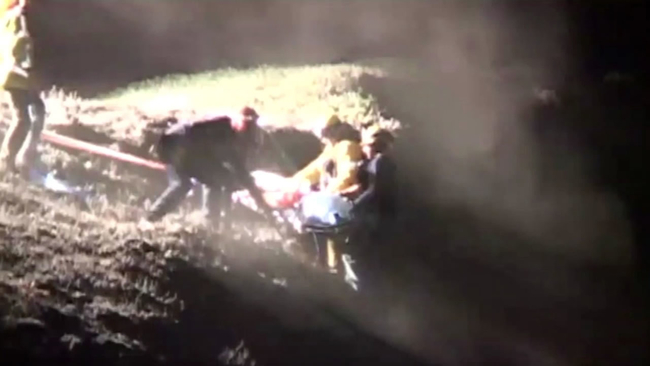 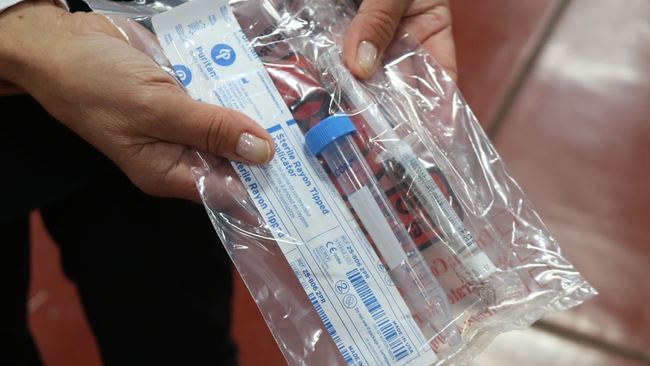