The crime spree started in February at a bank in Fremont and then spread from Gilroy to Sacramento. The most recent robberies were Monday in Lafayette and Rio Vista.

Stunned residents watched as the suspect was arrested. Police say they believe his crime spree was far from over and that he was actually in town casing a bank he was going to rob.

Dashcam video on a Brentwood police car captures the moment the suspect was finally caught. In the video you see officers follow his black Mustang to a neighborhood on Claremont Drive. After they pulled him over he got out, put his hands up, and surrendered.

"He did make an attempt to alter his appearance by shaving his head and shaving some of his facial hair," said Sgt. Walter Grodnick.

His crime spree came to an end on a residential street in Brentwood.

A neighbor shot video out her window of the suspected serial bank robber handcuffed. Other residents watched as police swarmed the street.

"I was like, was he was getting ready to do something else around here or what?" said neighbor Alma Serrano. "We are glad that he got caught."

The FBI says the bandit hit at least 11 banks since February. They credit an eagle eyed citizen who spotted the suspect at a Safeway store on Balfour Road and called police.

"The information we have is he was actually casing the bank inside the store," Grodnick said.

Police found the suspect car and followed the alleged bank robber when he returned.

The FBI has identified the "Bearded Bandit" as Kenneth Ellis of Stockton. 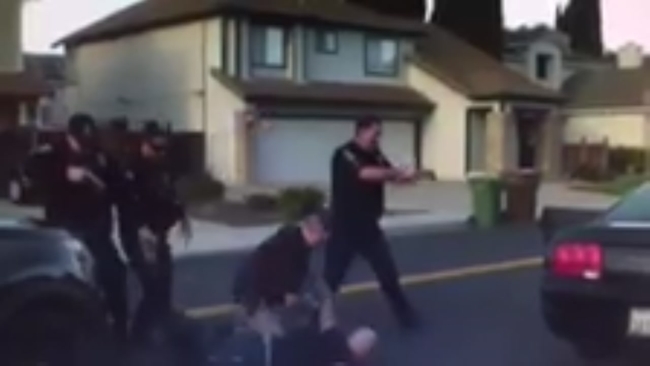 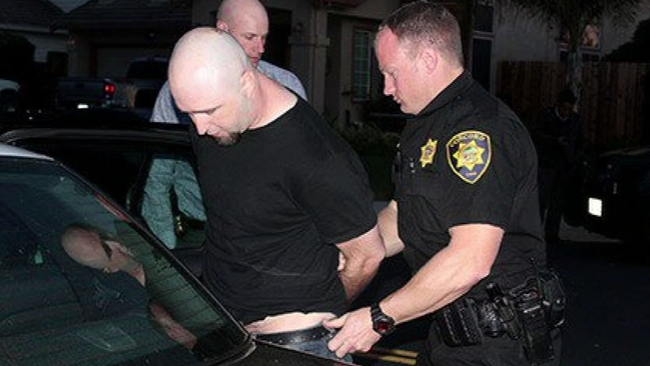