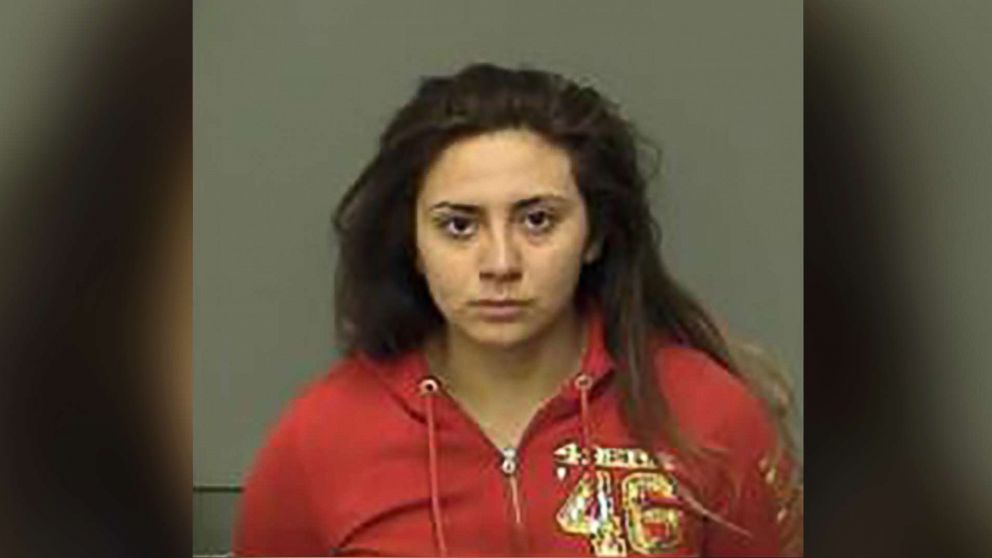 A California teenager accused of driving while livestreaming on social media and causing a car crash that killed her sister made her first appearance in court today, and her attorney later told reporters that she is "absolutely broken apart."

The driver, Obdulia Sanchez, 18, of Stockton, California, is accused of driving under the influence when she crashed on July 21 in Los Banos, California, about 80 miles southeast of San Jose, the California Highway Patrol said. The car went through a barbed wire fence and overturned in a field, ejecting Sanchez's two passengers, the highway patrol said.

The passengers were both 14 years old and were not wearing seat belts; one was killed and the other suffered a major injury, the highway patrol said.

Her defense attorney entered not guilty pleas on her behalf in court this afternoon. Her bail was set at $560,000 and a preliminary hearing is set for Aug. 9.

ABC-owned station KFSN in Fresno reported that Sanchez was livestreaming video on Instagram when the crash occurred. In the video, she is seen singing and dancing along to music as she drives.

Chuck Mosley, commander of the highway patrol in Los Banos, confirmed the authenticity of the video obtained by KFSN and told ABC News, "We do know she was livestreaming via social media at the time of the collision."

The highway patrol said alcohol is believed to be a factor in the crash.

Sanchez, who was arrested and booked at the Merced County Jail, was officially charged today with one count of gross vehicular manslaughter while intoxicated; an alternative count of gross vehicular manslaughter; two counts of driving under the influence resulting in injury; and two counts of driving with a .08 percent blood alcohol content causing injury, with great bodily injury allegations for all four vehicle code violations.

Sanchez faces a maximum sentence of 13 years and eight months in prison if convicted, the district attorney's office said.

"She's grieving for her sister," he said. "It's an absolute tragedy."

"Whether or not a crime was actually committed in this case, that is what the justice system is about. Everybody is presumed innocent until proven guilty," Samrao said.

"Certainly anybody can say very easily that she's responsible for that death, she believes that, too," Samrao said, referencing what Sanchez said in the video. "Whether or not a crime was committed, that's a separate story," he said, adding that it hasn't been proven that his client was drunk.

"I think that it's very unfortunate that so many people would rush to judge Ms. Sanchez in this case based on a few minutes of a video clip," he said. "They've never walked a single step in her shoes. They don't know how she's been a foster child. They don't know that she's been a victim of human sex trafficking."

Samrao did not elaborate on the alleged sex trafficking but said he would provide more information in the coming weeks.

Samrao said he plans to ask the judge on Friday to consider reducing bail or consider releasing his client from jail.

Merced County Chief Deputy District Attorney Harold Nutt said in a statement today, "The behavior demonstrated both prior to and after the incident, as documented by the defendant's own recording, is disturbing and shocking."

He added, "The Merced County District Attorney's Office will do everything in its power to see that justice is done in this matter."

Nutt noted that the district attorney's office is not ruling out the possibility of additional charges.