KGO
COLUMBUS, Ohio (KGO) -- The manufacturer of a thrill ride that ride broke apart at the Ohio State Fair, killing one person, is ordering the rides to be shut down around the world.

Dutch manufacturer KMG said Thursday that it's telling operators to cease operations until it can investigate and learn more about what caused the malfunction.

The company says there are 43 such rides around the world, including 11 in the United States. The order doesn't impact the company's other rides.

Cal/OSHA confirms that the Fire Ball rides at six parks in California will be shut down:

The manufacturer says the accident Wednesday evening was the first such serious malfunction on one of the rides.

Authorities say the 18-year-old who was killed was a high school student who had just enlisted in the Marines.

Seven others, including four teenagers, were injured. Some people were hit by debris. 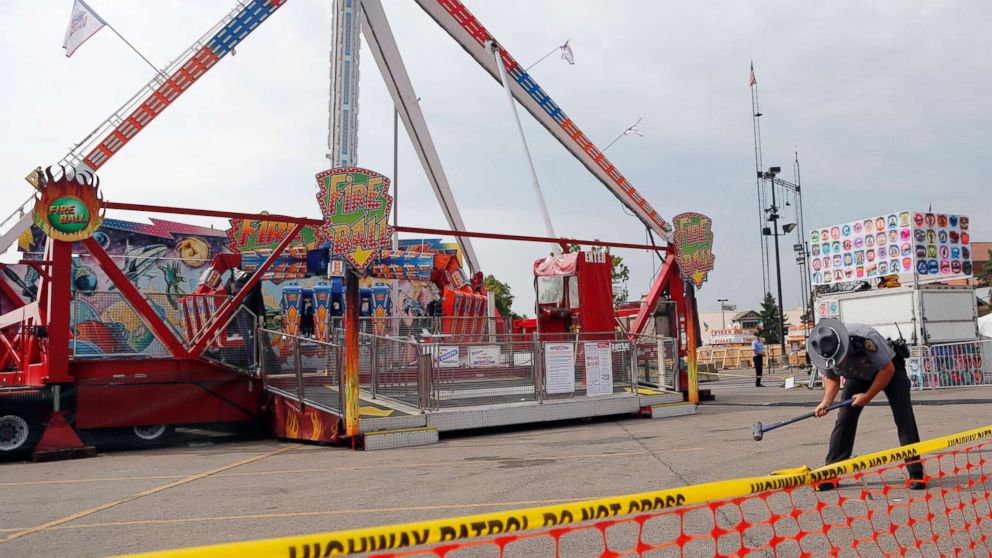