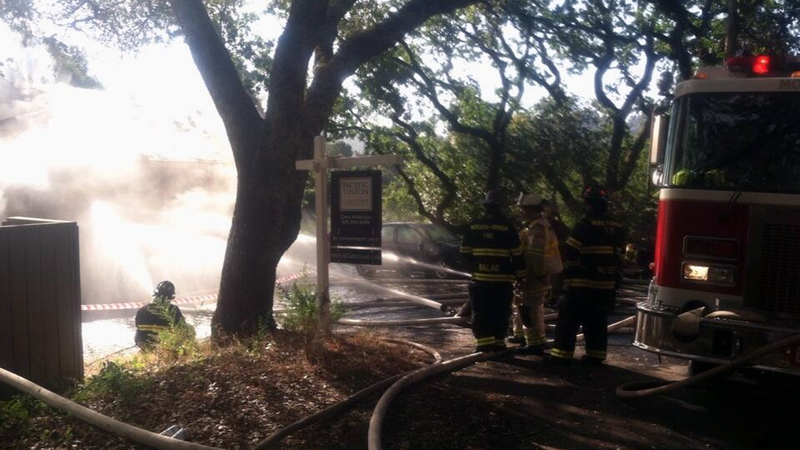 ORINDA, Calif. -- A fire has been contained after displacing three people from a house in Orinda this morning, a Moraga-Orinda Fire District spokesman said.

A resident awoke to the smell of smoke and saw flames on an outside deck. The resident and two others in the home were able to escape without injury, fire district spokesman Dennis Rein said.

Firefighters responded and battled the blaze from outside because part of the home's structure collapsed, Rein said. The home is built into a canyon with its second story at street level and a first story below, he said.

Crews contained the blaze later this morning, but do not expect to fully extinguish it until sometime Tuesday because they have to stay on the exterior to put out hot spots, Rein said.

The cause of the fire has not yet been determined, he said.
Related topics:
orindafirehouse fire
Copyright 2021 by Bay City News, Inc. Republication, re-transmission or reuse without the express written consent of Bay City News, Inc. Is prohibited.
RELATED