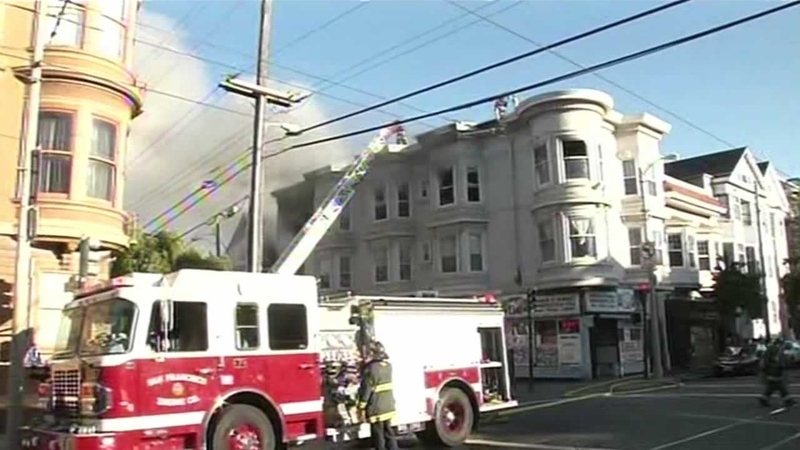 SAN FRANCISCO (KGO) -- A raging fire is still smoldering in San Francisco Saturday night, the second destructive fire to hit the Mission District in the past month.

San Francisco Fire Department have control over a fire burning at 15th and Church in San Francisco.