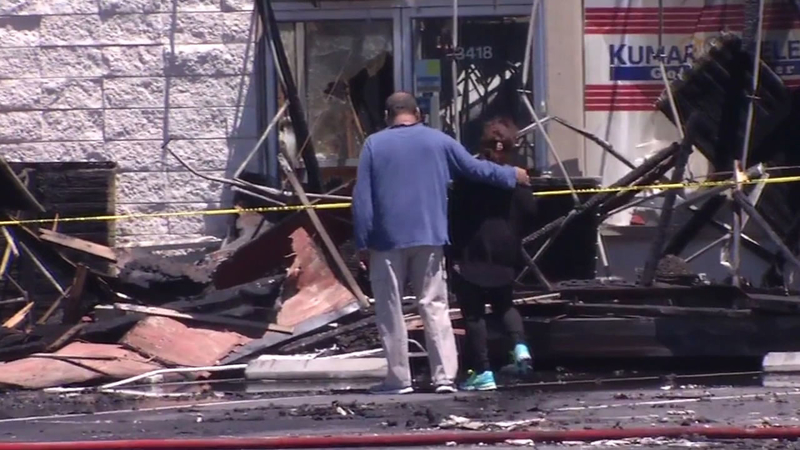 SANTA CLARA, Calif. (KGO) -- A five-alarm fire burned for hours Wednesday in the South Bay at the Rancho Shopping Center at El Camino Real near the Lawrence Expressway. 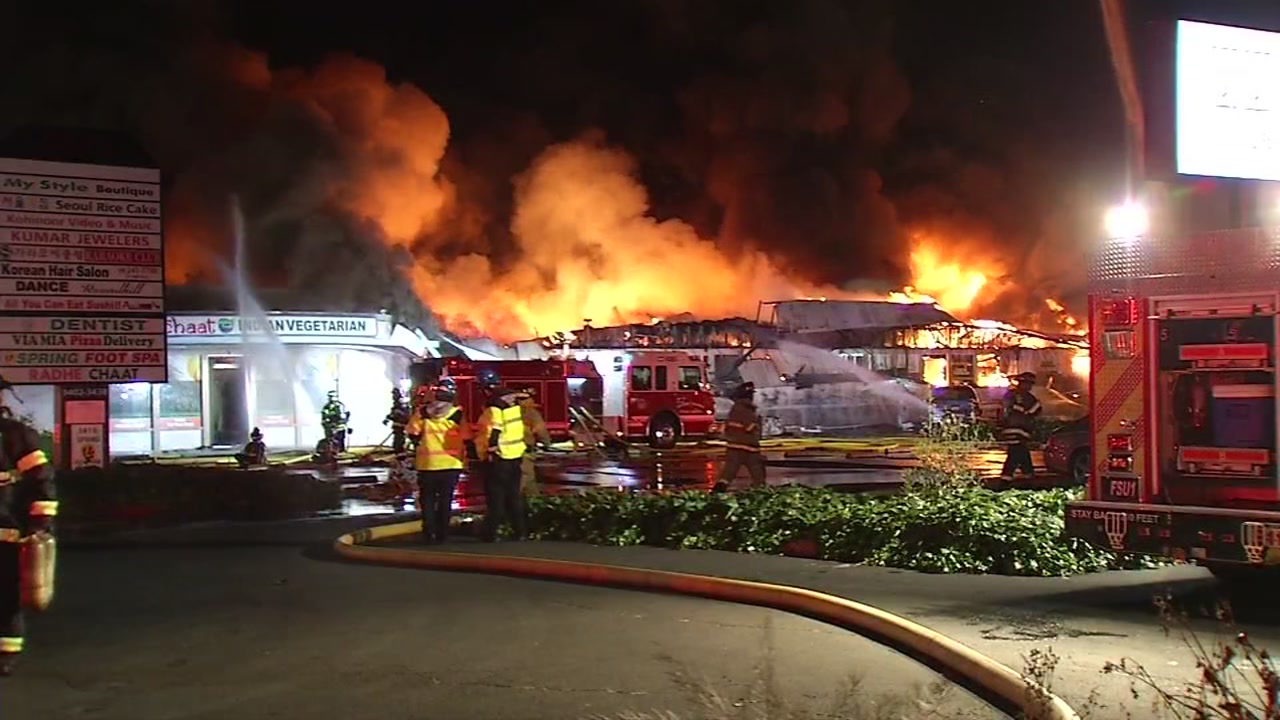 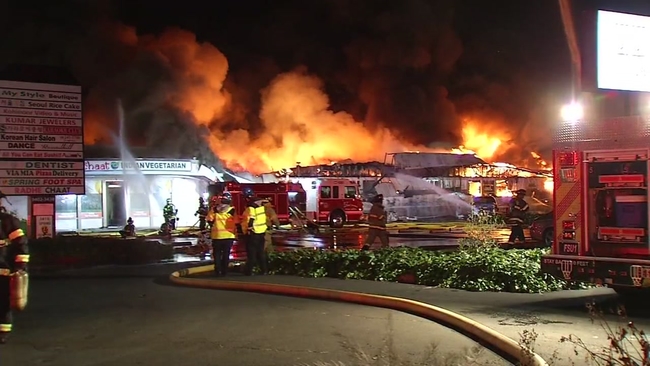