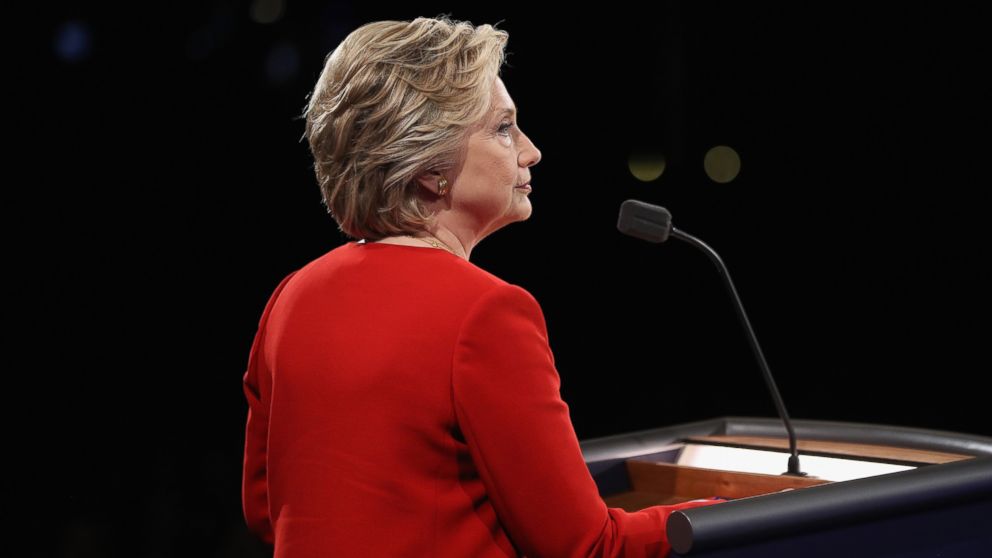 House Speaker Paul Ryan reiterated to reporters this morning that he is broadly a fan of trade deals and, more specifically, that he would like to see the White House continue to negotiate with trade partners over President Barack Obama's proposed Trans-Pacific Partnership (TPP) and with Democrats still leery about passing it.

But, as he has said all summer, the Republican leader added that he does not think there are the votes in Congress to pass it now. "The last thing I want to do is bring up an agreement ... only to see it fail," he said.

At Monday night's first general election presidential debate, Trump was itching to talk about trade. Within seconds of his first answer, he mentioned a loss of manufacturing jobs in the country, a topic that has been central to his campaign, and reiterated his strong opposition to modern trade deals, including the TPP.

He almost immediately blasted Hillary Clinton for flip-flopping on the TPP and insinuated that despite her stated opposition to the agreement, she may back it if elected.

"You called [the TPP] the gold standard," he said. "If you did win, you would approve that, and that will be almost as bad as NAFTA."

"That is just not accurate," Clinton rebutted. "I was against it once it was finally negotiated and the terms were laid out."

Trade policy - particularly the TPP - has been a vexing issue for both parties this election cycle. Opposition to the TPP has become a rallying cry and a passionate point of conversation for Americans across the political spectrum. It is the issue where Trump has, arguably, most excelled in connecting with voters, and it has Democratic and Republican politicians awkwardly taking new positions misaligned with their traditional party views.

According to the U.S. trade representative, the TPP would eliminate taxes and other trade barriers on products among the U.S. and 11 other Pacific Rim countries, and the White House is lobbying members of Congress to finalize the agreement before Obama leaves office.

A poll from Politico and Harvard University out this month found that "a substantial share of Americans (33 percent overall, including 47 percent of Republicans and 24 percent of Democrats) believe that, over the past 10 years, free trade agreements have hurt their community."

The study also found that among voters who knew about the TPP, 63 percent said they disapproved of Congress' passing the agreement.

At times, Clinton has struggled to explain her position on the issue and navigate criticism from the unlikely pairing of both progressives and Donald Trump, who opposed the deal, while not completely bucking Obama, who is championing it. As secretary of state, Clinton praised the TPP, but last fall, as pressure mounted from progressives, she announced she was formally opposing the trade deal. Still, her decision came only after the deal passed preliminary hurdles in the Senate, angering many progressives and raising suspicions about her belief on the topic. Her husband signed NAFTA into law, and in hushed tones Democratic operatives all along the party's spectrum continue to question what she really thinks about the topic.

On the flip side, historically (and it remains the case for many) Republican voters, especially businesspeople, have been some of biggest proponents of free trade policies, and they were thrown a curveball when Trump prevailed in the primaries with an anti-free-trade message.

"When you have someone with his business experience saying that the trade deal is a disaster, you sit up and take notice ... When Donald talks, people listen when it comes to business," said Alice Stewart, a Republican strategist and former top aide for Ted Cruz.

Asked about the divide in the Republican Party over the issue, she added, "Opposition to the TPP does not mean you're anti-free trade. It means the details in this plan are harmful to American workers. We have to look at it through that lens. It is not black or white."

Democracy for America, a progressive organization, told ABC News in a statement that it is skeptical of Trump's stance on the issue but hammered home how important it believes the issue is to voters.

"As soon as Donald Trump gives back the millions he made by stamping his name on shirts, lamps and other products made in at least 12 foreign countries, I'll take his opposition to the job-killing Trans-Pacific Partnership seriously," Neil Sroka, spokesman for the group, said in an email to ABC News. "Donald Trump is a fraud, and there's no reason to believe that his opposition to the giant corporate giveaway that is the TPP isn't similarly fraudulent."

"That said, the attack that Donald Trump used against Secretary Clinton on the TPP and Obama's support for it makes clear how helpful it would be for Secretary Clinton to underscore her opposition to the trade deal by saying, clearly and publicly, that she opposes its lame-duck passage," Sroka added.

"Secretary Clinton has pledged to oppose the TPP. Her opposition is critical to defeating it in the lame-duck session," he said in a statement. "Now and after Election Day, her active support in lobbying members of Congress will be essential to defeating this disastrous trade deal."

Cohen used to head one of the nation's largest unions, the Communications Workers of America. While his former group is backing Clinton, Democrats on the whole are no longer able to bank on union support as they once did, in part because of the parties' evolving views on this issue.

Despite losing to Trump in the GOP primaries, Ohio Gov. John Kasich has continued to work side by side with Obama and advocated for a bipartisan adoption of the trade deal.

"I don't think because we have this presidential election that somehow the Congress that's sitting there shouldn't be able to move forward on this agreement, particularly when I think it's vital," Kasich said at the White House this month.

He went to argue that he understood voters' skepticism about the deal. "There are a lot of people in America who feel very frustrated. They feel very vulnerable ... And sometimes simple proposals to sell difficult problems sell, but they never work."