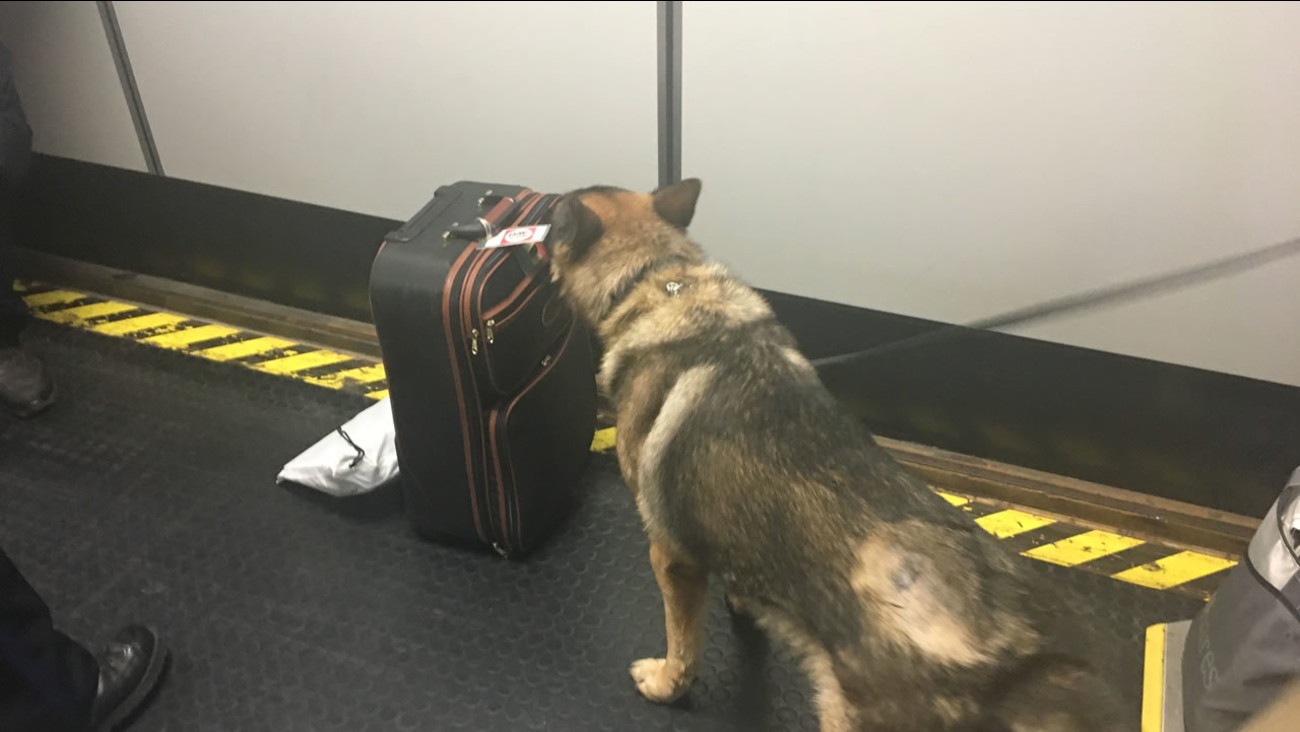 This image shows a dog sniffing luggage at the Oakland International Airport on Nov. 22, 2016. (KGO-TV)

OAKLAND, Calif. (KGO) -- Passengers on an Oakland flight were forced to delay their holiday travel plans after a passenger made a bomb threat.

They were headed from Oakland to Baltimore when investigators said a man claimed a bomb was on the plane and it would explode.

The man was taken off the flight back in Oakland.